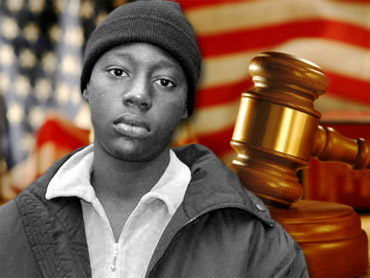 FBI agents flew to Nigeria in the days following a failed Christmas Day terrorist attack and got the alleged bomber's family to help them persuade him to cooperate.

It worked. A senior Obama administration official says the FBI and family members have been talking to Umar Farouk Abdulmutallab for a week and he's provided fresh intelligence for FBI terrorism investigations. The official spoke on condition of anonymity because of the sensitivity of the ongoing investigation.

Two FBI agents flew to Nigeria in early January and contacted family members of Abdulmutallab. The agents then flew back to the United States with the family members on Jan. 17 and they helped gain the cooperation of Abdulmutallab, CBS News White House correspondent Chip Reid reports. The officials would not say which family members have been involved, specifically declining to say whether his father is involved. He also declined to say if the family is still in the U.S.

The official said giving Abdulmutallab his Miranda rights has in no way interfered with gaining his cooperation. In fact, the official argues, it was the unanimous judgment of intelligence and law enforcement professionals that Abdulmutallab was more likely to cooperate with civilian investigators than with military ones.

Abdulmutallab has been providing useful intelligence that FBI agents working with the intelligence community have been following up on in the United States and overseas, the official who spoke to the Associated Press said.

No one has said what, specifically, Abdulmutallab is telling officials - a likely sign that he has made a plea agreement with the government.

Sources tell CBS News that Abdulmutallab has provided "solid leads" but no one knows how valuable that information really is.

CBS News correspondent Sheila MacVicar reports that multiple international sources confirm Abdulmutallab is talking but also point out the most urgent questions of the investigation remain unanswered - where he got the explosive and who provided it to him.

On Capitol Hill, FBI Director Robert Mueller told Senate Intelligence Committee Chairman Dianne Feinstein, D-Calif., on Tuesday that that Abdulmutallab did talk to FBI agents after he was arrested on Christmas Day, speaking freely until he went into surgery for burns on his legs.

After the surgery, when the FBI sought to resume the questioning, Abdulmutallab made it clear he would not answer further questions. When agents had satisfied themselves of that, they read him his Miranda rights, Mueller said.

Since the attempted bombing, several prominent lawmakers have argued Abdulmutallab should have been placed immediately in military custody or undergone more questioning before being given a Miranda warning by the FBI.

Abdulmutallab was arrested after other passengers pounced on him after, they said, he ignited a device on their jetliner as it approached Detroit.