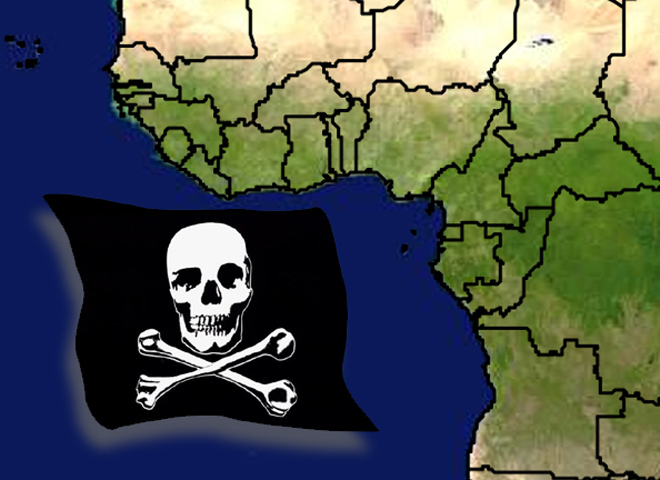 None of the sailors was hurt in the hijacking of the MT Abu Dhabi Star, which happened off the coast of Lagos, said Pat Adamson, a spokesman for Dubai-based Pioneer Ship Management Services LLC. The Nigerian navy was providing an escort for the vessel Wednesday afternoon to make sure it arrived safely at Lagos' busy port, Commodore Kabir Aliyu said.

The pirates who took over the vessel fled when they saw the Nigerian naval ship on the horizon, Adamson said. It was unclear whether they stole any of the ship's cargo, though the crew had begun an inspection of the ship, the spokesman said.

The pirates targeted the ship as it was anchored off the coast Tuesday night, Aliyu said. The sailors onboard sent distress signals as the pirates boarded the Singapore-flagged ship, with their last message indicating they had locked themselves inside a panic room on the vessel, Aliyu said.

During the short hijacking, the ship's management received no ransom demands for the crew, Pioneer Ship Management Services said. That's not unusual, as pirates in the region increasingly target oil tankers for their cargos, holding control of the vessels only long enough to offload the fuel before escaping. That's in contrast to pirates off the Somali coast, who typically hold sailors for months for ransom.

Pirate attacks are on the rise in West Africa's Gulf of Guinea, which follows the continent's southward curve from Liberia to Gabon. Over the last year and a half, piracy there has escalated from low-level armed robberies to hijackings and cargo thefts. Last year, London-based Lloyd's Market Association - an umbrella group of insurers - listed Nigeria, neighboring Benin and nearby waters in the same risk category as Somalia, where two decades of war and anarchy have allowed piracy to flourish.

Pirates in West Africa have been more willing to use violence in their robberies, as they target the cargo, not the crew for ransom as is the case off Somalia. Experts say many of the pirates come from Nigeria, where corrupt law enforcement allows criminality to thrive.

Analysts believe the recent hijackings of tanker ships may well be the work of a single, sophisticated criminal gang with knowledge of the oil industry and oil tankers. Those involved in the hijackings may have gotten that experience in Nigeria's southern Niger Delta, where thieves tap pipelines running through the swamps to steal hundreds of thousands of barrels of oil a day.