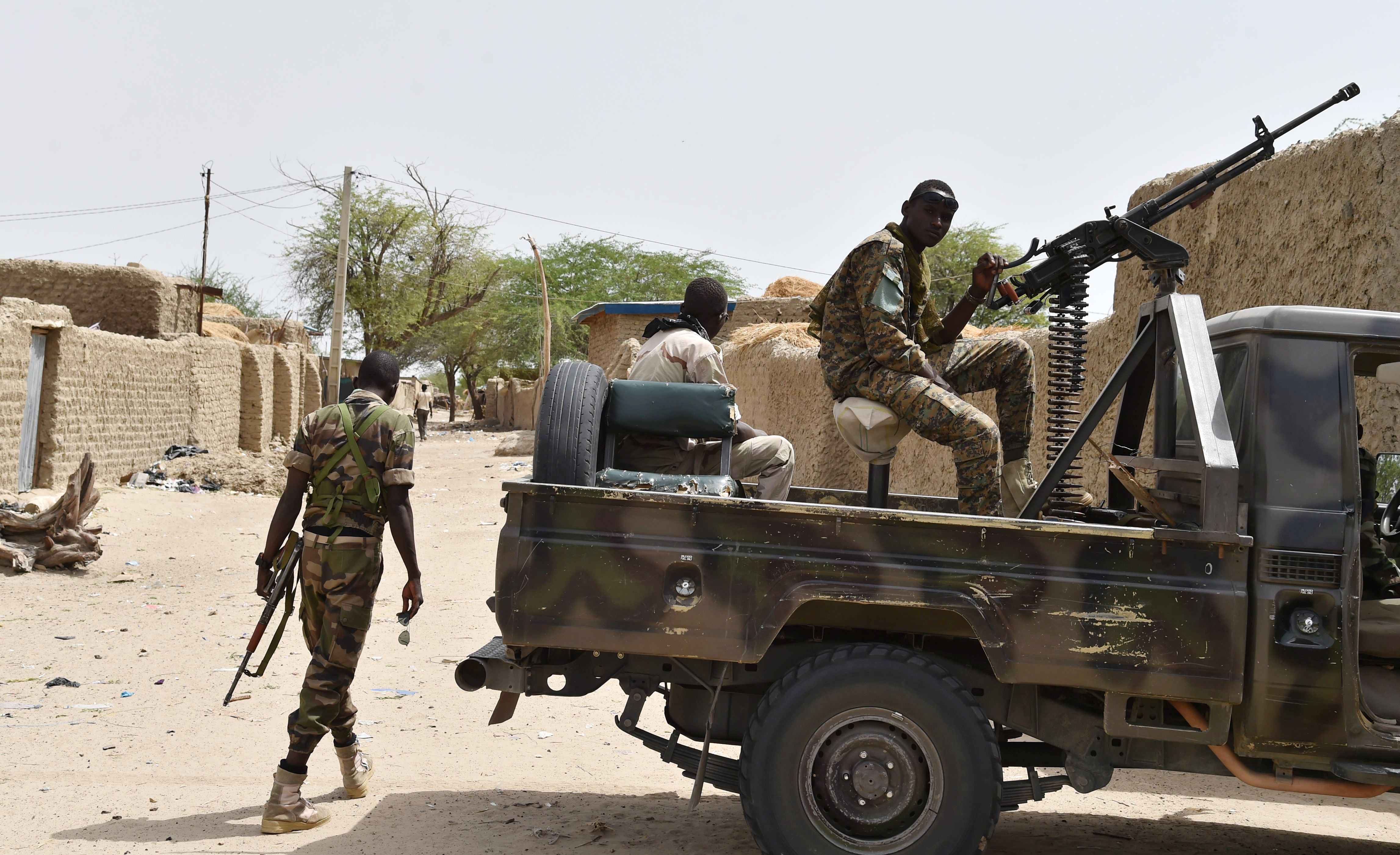 The attack comes as Nigeria’s government claims it is routing the Boko Haram Islamic extremists blamed for the blasts. Nigerian President Muhammadu Buhari on Friday night called it “an act of desperation.” In a message of condolence, he also vowed Nigeria’s military is working “at slamming the final nail in the coffin of Boko Haram.”

The explosions occurred on the edge of the extremist group’s Sambisa Forest stronghold, which Nigeria’s military has been bombing ahead of ground assaults. Since the military has dislodged the insurgents from towns and villages this year, they have been attacking soft targets.

Madagali was liberated last year after seven months in the hands of Boko Haram. It is 150 kilometers (95 miles) southeast of the biggest northeastern city, Maiduguri.

Friday’s blasts struck simultaneously at opposite ends of the market selling grains and vegetables, according to Ahmadu Gulak, a driver who was buying tea there.

Rescue workers evacuated the bodies of 30 people and took 67 wounded victims to a nearby hospital, an army spokesman, Maj. Badere Akintoye, said.

A bus station near the same market was targeted by two women suicide bombers who killed at least 30 people in December 2015. In June, Boko Haram extremists opened fire on mourners at a funeral in Madagali, killing 18 people.

The attacks continue despite government and military assertions that the insurgents are on the run. President Muhammadu Buhari had declared the extremist group was “technically defeated” in December 2015. Boko Haram recently defeated the military in a remote border outpost, forcing dozens of soldiers to jump into a river where many drowned on Oct. 17. Premium Times newspaper has reported the army declared 45 soldiers and one officer missing in that action and instituted an investigation amid reports the troops were ill-equipped and demoralized.

Buhari also declared last week that the insurgents “are done for” in the Lake Chad Basin bordering Nigeria, Chad and Niger. But the United Nations says more than 1 million people are believed trapped there by ongoing fighting without food or medical help.

Boko Haram’s seven-year uprising has killed more than 20,000 people and forced 2.6 million from their homes. The United Nations has launched a $1 billion appeal to help 5.1 million people in danger of starvation, calling the crisis in northeast Nigeria the worst on the African continent.

Buhari has accused the U.N. and aid agencies of exaggerating the crisis to seek donations.

“The government seems to be more interested in managing perception,” Lagos-based SBM Intelligence analysts said Friday, saying much of the crisis “is rooted in the ineptitude of the (state) agencies involved, rife corruption causing diversion of the food aid, and the still-present threat of Boko Haram ambushes, which make the provision of supplies a risky undertaking.”

The Associated Press has reported that children already are dying of acute malnutrition in the relatively accessible Maiduguri city.