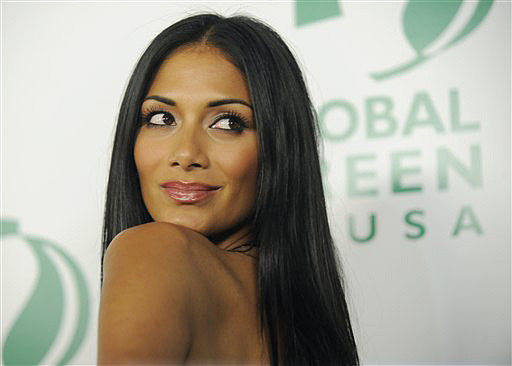 LONDON (CBS) If Pussycat Doll Nicole Scherzinger does well as a guest judge on Simon Cowell's British TV juggernaut "The X Factor," she may become a fixture on the judge's panel when the show is transplanted to the U.S.

And that's just fine with the pop singer and girlfriend of racing ace Lewis Hamilton. She told me she really wants to to "inspire and help those that so want to have a musical career."

Her own career is "all I ever dreamed of," Scherzinger said, "but believe me, I worked really hard to achieve those dreams."

Scherzinger is still basking in the glory of a "Dancing With The Stars" championship, taking home the mirrorball trophy after the May 26 finale.

The dancing contest was, she told me, "quite literally the hardest thing I have ever done in my life - but, boy, so much fun and you know it makes you super fit."

A source working on "The X Factor" told me Cowell "is desperate to get her (Scherzinger) on board . Not only does she know her stuff, music wise, but will be a great lure for the show."

A lot will depend on how well she connects with audiences in the UK. Others who have been tested include ex-Spice Girl Geri Halliwell, who bombed, and pop singer Katy Perry, who was deemed "nice " but hardly set the place ablaze. British singer Cheryl Cole still remains to be tested.

But Scherzinger appears to have the edge. My source tells me," It will be silly if Simon fails to seal the deal before Nicole leaves the set after the stint."