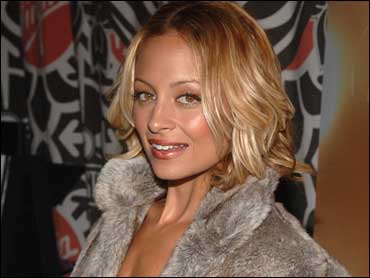 Nicole Richie admits she's "nervous" about the possibility she may follow friend Paris Hilton to jail.

Richie was charged with DUI in February. Police say she was under the influence of booze and an unspecified drug when they stopped her last year.

Richie told Ryan Seacrest on his radio show in Los Angeles that she understands she has to "take responsibility" and "deal with whatever consequences" come her way.

Richie also denied a report that she'd been in rehab recently.

She says the rumor started because she hadn't been seen in a few weeks. Richie says she was touring with boyfriend Joel Madden of Good Charlotte.