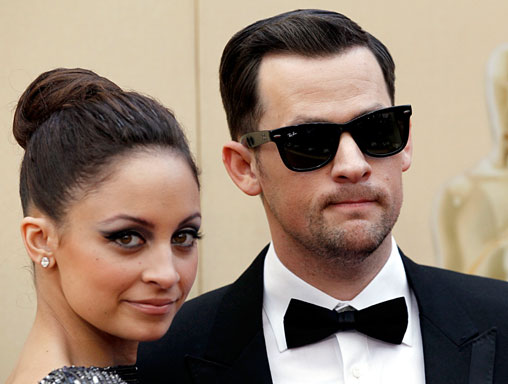 NEW YORK (CBS) Nicole Richie may be walking down the aisle this weekend.

The starlet and rocker Joel Madden will reportedly tie the knot on Saturday at her father Lionel Richie's estate in Beverly Hills, Calif.

E! Online reports that Richie will wear a dress by Marchesa for the big day.

The bride-to-be and her friend/personal stylist Simone Harouche went to New York last week for a fitting. "It went very well," a source said

According to the report, a source close to the wedding prep said Richie wanted to keep the guest list to just close friends and family. Part of the reason is that space on the grounds at her father's 28-room mansion is limited.

On Wednesday, party rental trucks were seen arriving at Lionel Richie's home, and other preparation equipment could reportedly be seen in the driveway.

E! reports that Madden's brother Benji will be among the celebrity guests, along with Richie's friends Samantha Ronson and Khloe Kardashian. Khloe's sister Kim and Richie's former pal Paris Hilton will reportedly not be in attendance.