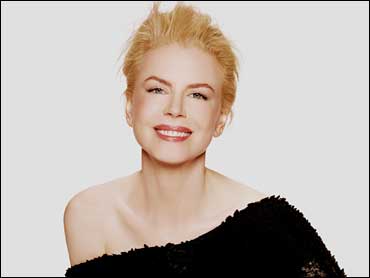 Nicole Kidman says her divorce from Tom Cruise was shocking and she still loves him.

"That was a major shock," the 38-year-old actress says in an interview in the June issue of Ladies' Home Journal, on newsstands Tuesday.

"He was huge; still is. To me, he was just Tom, but to everybody else, he is huge. But he was lovely to me. And I loved him. I still love him," she tells the magazine.

Cruise filed for divorce in February 2001 after 10 years of marriage, citing irreconcilable differences. The divorce was finalized later that year.

"I always knew the rug was going to be taken out from underneath me at some stage," Kidman says. "I didn't think it was going to happen in the way it happened. I had seen my mother battle breast cancer, so I had a fear of my health being jeopardized, that was really where I was thinking mine would come.

"I knew I was going to get hit with something. But I think a divorce, and the demise of what your family is, is a little death in itself."

"I feel enormous love for whoever my children's birth parents are," Kidman says. "And if my children choose to go find them at some stage, I can't wait. Because, it's the weirdest thing, I actually feel (they're) very connected to us as a big, strange family, and whether they choose to search for them or not, who knows."

The 43-year-old actor's latest movie, "Mission: Impossible III," debuted with $48.025 million this weekend, a solid opening yet well below industry expectations and almost $10 million lower than the franchise's previous installment, according to studio estimates Sunday.

"I'm pretty careful about who I share my life with," she says. "I surround myself with truthful, kind people, most of whom are not in the business. It's the life I want to have when I'm an old woman with long, gray hair."