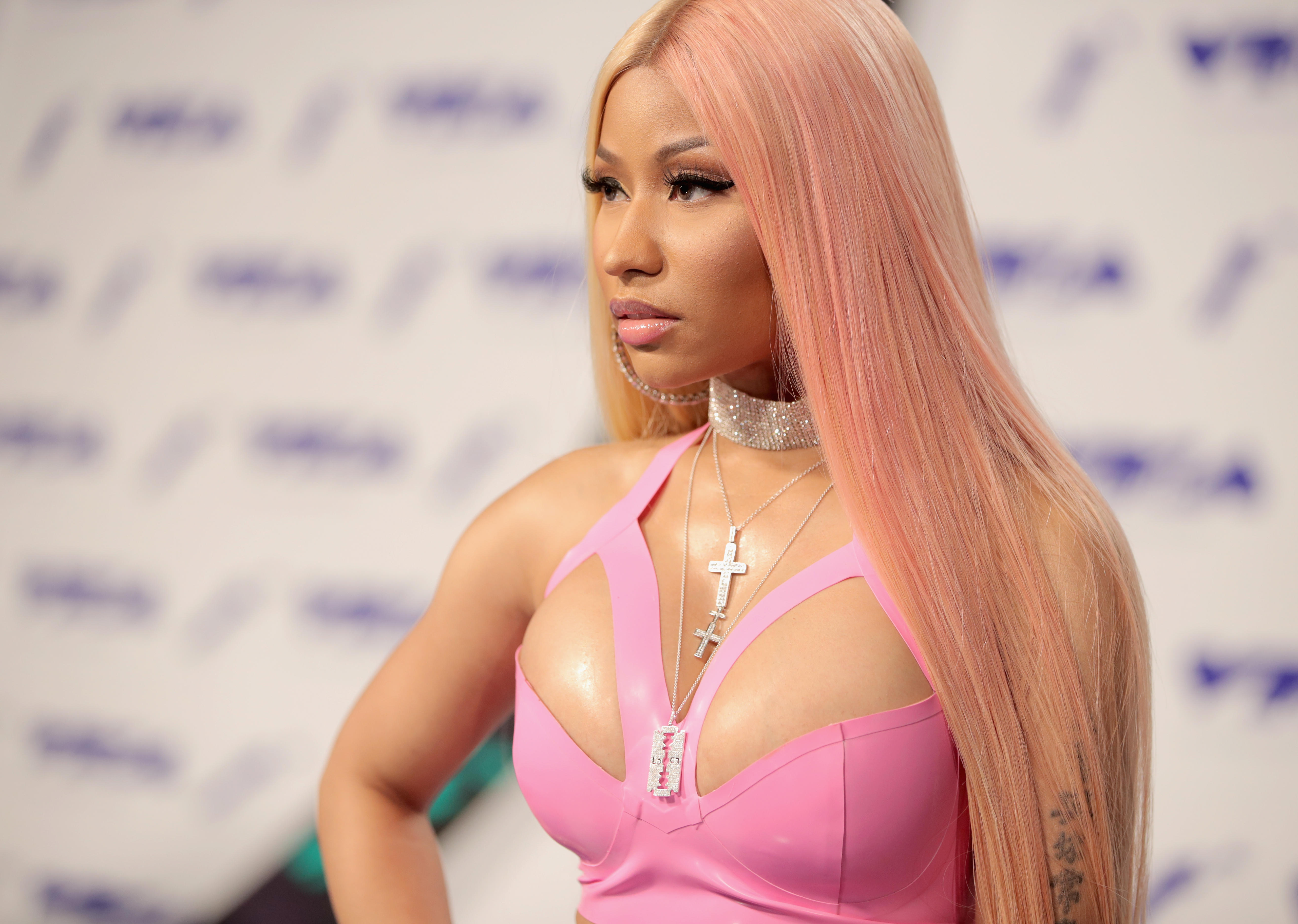 Three years after Kim Kardashian West "broke the internet" by baring her butt on the cover of Paper magazine, Nicki Minaj is trying to do the same with a cover that's perhaps three times as racy.

The explicit cover shows the rapper three times, appearing as a "Minaj a trois," as Paper calls it. The composite photo was shot by Ellen von Unwerth.

One Minaj is standing and touching the breast of a seated Minaj, who is just wearing tiny pasties, high-waisted panties and boots, while the third Minaj is kneeling in front of the other two with her tongue out.

Creative director Drew Elliott said that Paper does not use the headline "Break the Internet" lightly.

He wrote, "We have never called an issue Break the Internet since we did it back in 2014 with Kim Kardashian. It takes a certain type of talent, with an awesome fan base and the ability to put trust in PAPER to work our magic. I have always loved all of the looks that Nicki has done (and she has done them all). Her style (typically anchored by her off-the-charts hair choices) matches her musical talent perfectly. Break the Internet is all about the big idea, the word, the image."

"It came to me one day that 'Minaj à trois' had never been done," he said. "HOW? We have seen different versions of Nicki, from high fashion to seductive to in-your-face and eye-catching all at the same time. But we had never seen all of these together -- and now we have the chance, thanks to our cover shoot with the rap star and Ellen von Unwerth. Welcome to Break the Internet."