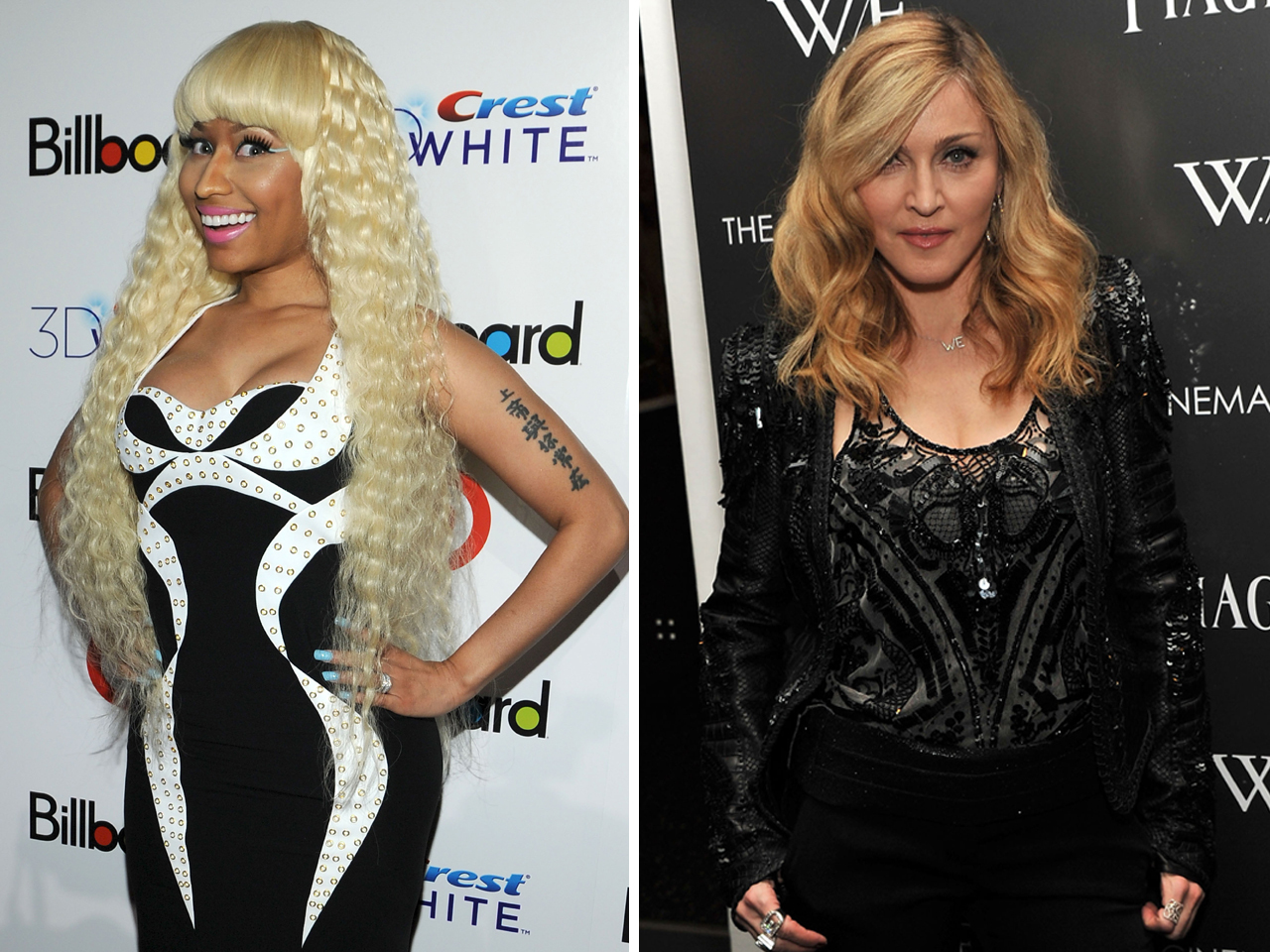 (CBS) Nicki Minaj got more than she bargained for while shooting a music video with Madonna on Thursday - and she told her fans all about it.

The rapper gushed on Twitter that she and the singer locked lips during the shoot.

Minaj added that the kiss was recorded and said she hopes the footage appears somewhere.

Fans peppered her on Twitter with questions about the encounter. One asked how the rapper reacted - she responded, "I was shocked but I kissed back!!!"

The two were shooting a video for "Give Me All Your Love," according to MTV. The song is the first single off Madonna's upcoming album. M.I.A. also reportedly appears on the track.