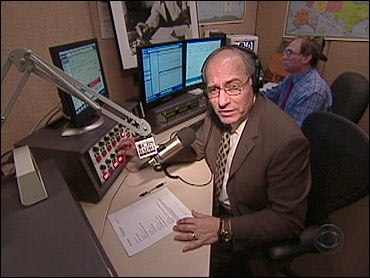 Nick Young joined CBS Radio News in 1990 after seven years as a correspondent for the RKO Radio Networks.

During his tenure at CBS News, Young has had a variety of assignments. He has anchored an array of special events--from elections and the funeral of Mother Teresa to gavel-to-gavel coverage of the O.J. Simpson trial and national political conventions. As a reporter, Young numbers among his assignments the rape case against Mike Tyson, Presidential primary campaigns, hurricanes and the 1998 SwissAir crash off Nova Scotia. He has covered the Supreme Court, three Washington inaugurations and a Presidential summit in the Far East.

Young's radio career began in 1968 in his hometown of Princeton, Illinois. Following his graduation from the University of Missouri School of Journalism in 1971, he hosted an overnight telephone talk show at WLW Radio in Cincinnati.

In 1975 he joined the staff of WEEI Radio, Boston as midday anchor, later moving to the morning anchor slot at WHDH, Boston in 1979. While at WHDH, Young anchored coverage of a potentially disastrous chemical spill which earned him the prestigious Sigma Delta Chi Distinguished Service Award and a Bronze Medallion from the Society of Professional Journalists.

Young lives with his wife, Deborah, and son, Christopher, in Westchester County, New York. Their son, Chris, is a radio broadcaster at WZOE, the station where Young got his start.