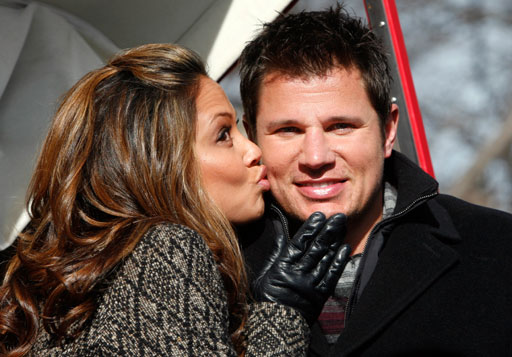 "We're excited and incredibly happy about our engagement and we look forward to a wonderful future together," the longtime couple announced in a joint statement.

A source told People magazine that Lachey, 36, popped the question to Minnillo, 29, on Thursday "near a beach," in California with an Asscher-cut diamond with baguettes from Bader & Garrin.

"They are very happy," the source added. "They make each other happy."

"Hey all. If anyone's heard the rumors of my engagement, they are absolutely true! Vanessa and I couldn't be happier. Thanks for all the love," he wrote.

No wedding date was announced.

This is the first marriage for Minnillo and the second for Lachey. He was previously married to singer Jessica Simpson.