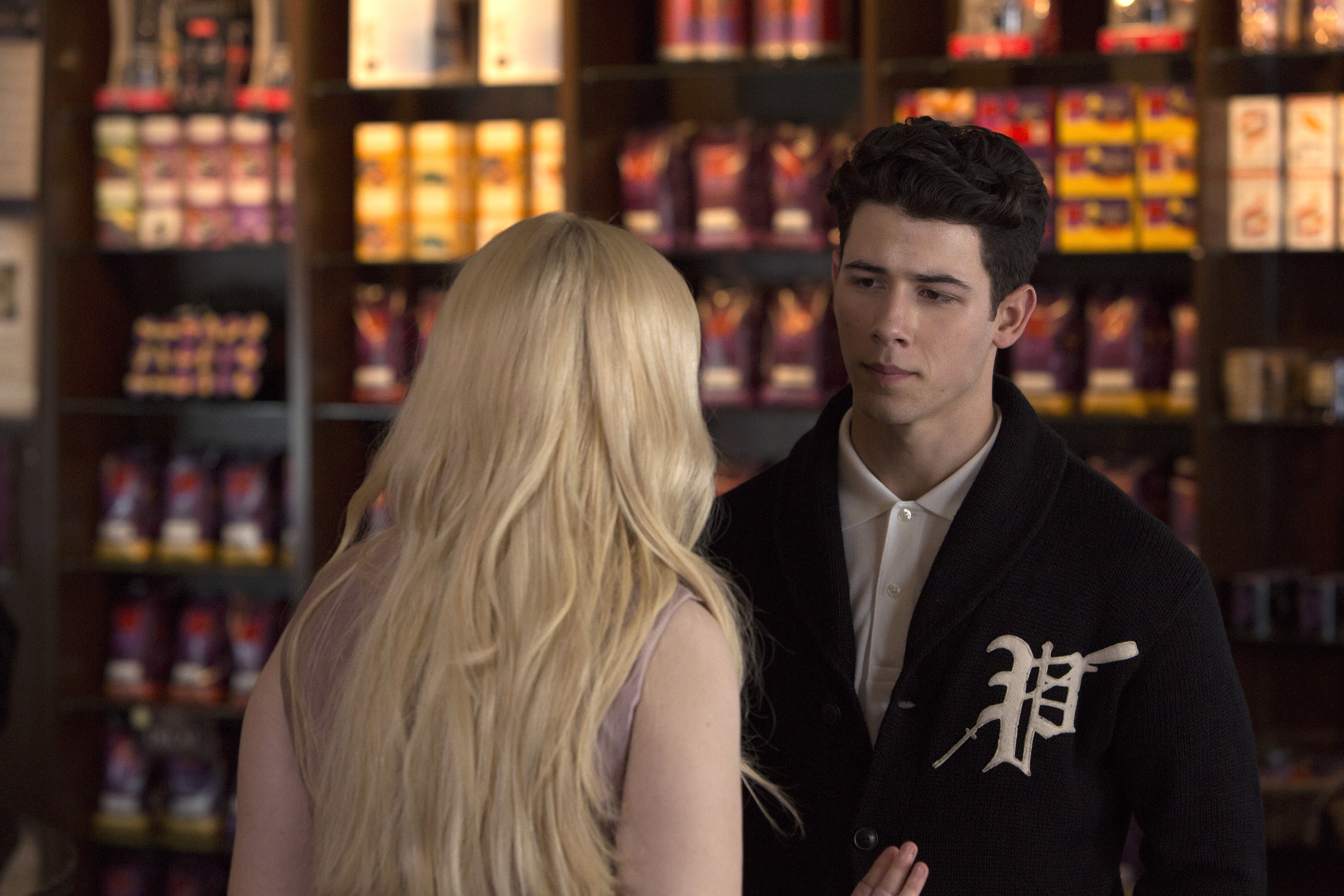 Jonas, 23, told us over the summer that he was thrilled to work with Murphy, the series creator of "Glee," "American Horror Story" and "Nip/Tuck."

"It's a pretty amazing show to be a part of. It's a great cast and something I've had a lot of fun doing," Jonas told CBS News.

On the horror comedy, Jonas portrays Boone, a member of the Dickie Dollar Scholars, who is gay. This marks the second time Jonas has played a gay character on a TV series.

In last year's season 1 finale of DirecTV's "Kingdom," viewers found out that Jonas' character Nate Kulina is gay, a story line that's sure to come into play in season 2.

"There are some indications of some of the things to come and that story line developing a bit more," Jonas said about the upcoming season of the mixed martial arts fighting drama. And it's all about self-discovery. So for this character, it's a really important time in his life. And we're trying to tell the story honestly ... The MMA world, I think, would have a tough time embracing someone who was dealing with this. I'm loving telling this story and honored to tell it," he said.