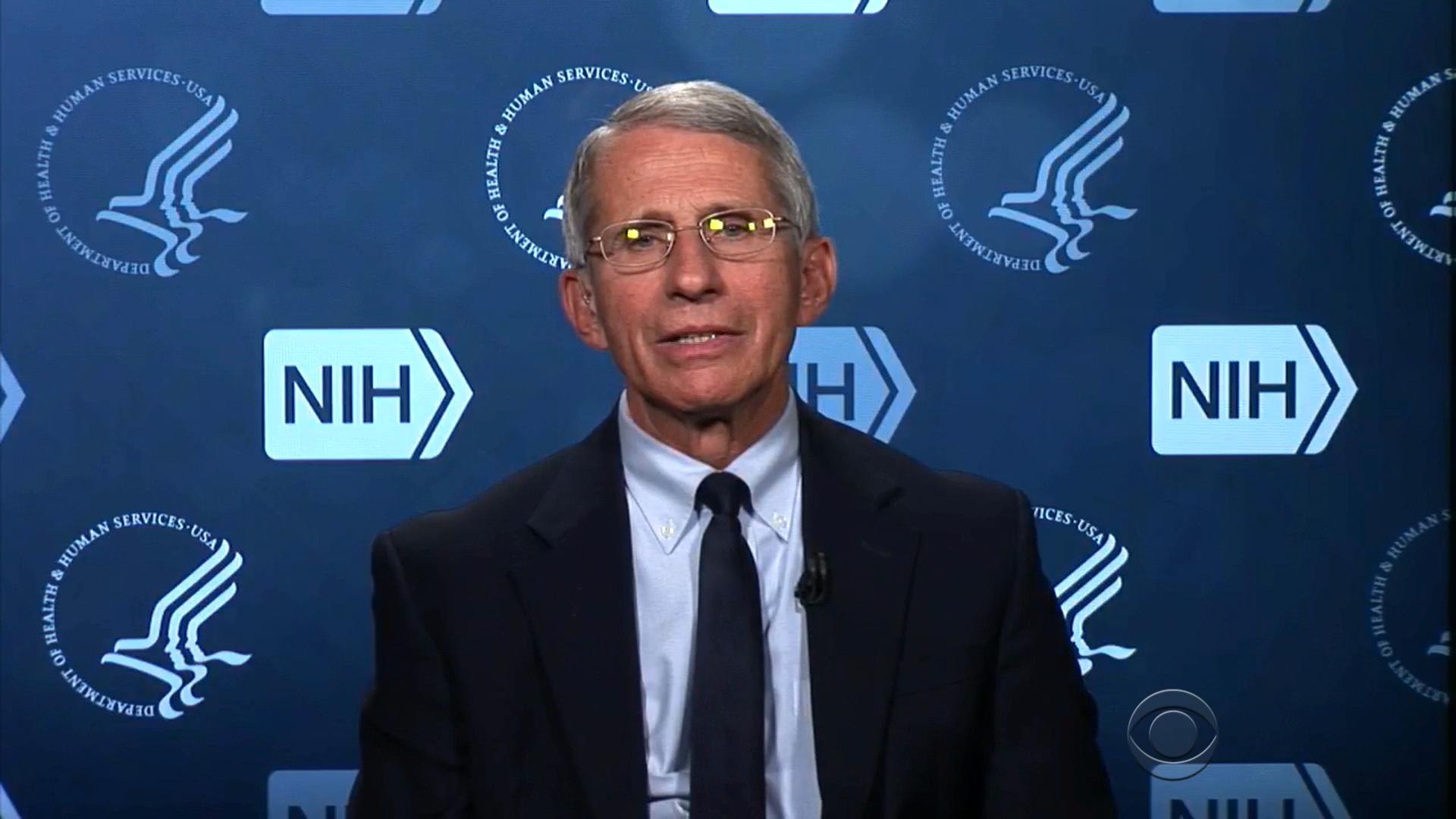 Dr. Anthony Fauci says he's "cautiously optimistic" about the future of global health, which he says has the potential to be enhanced by the development of universal vaccines and improved preventative measures. As the Director of the National Institute of Allergy and Infectious Diseases (NIAID) at the National Institutes of Health (NIH), Fauci says that the greatest causes of global health crises stem from modern, man-made activity: ease of travel, population growth and human intrusion into the environment.

Given his over three-decade tenure at NIH – one of the largest research institutions in the world – Fauci has unique experience in and insight into the world of pandemics, epidemics and bioterrorism. He describes himself as a "physician scientist" –  one "who remains taking care of people, understanding disease, but at the same time doing science."

In an interview with Intelligence Matters host and CBS senior national security contributor Michael Morell, Fauci describes the existing threats to global health and the world's preparedness in the face of emerging and evolving infectious disease.

He uses, as an example, the last great pandemic to affect the United States – Swine Flu, or H1N1 virus, in 2009. Fauci tells Morell that there are no trends to make sense of global virus outbreaks like influenza, which is in part why doctors recommend that everyone get a new flu shot every season.

"The reason why influenza is so problematic is that it's a virus that has the extraordinary capability of easily mutating and changing just enough so that you need to get a vaccine virtually every year."

Fauci says he remains optimistic about a universal influenza vaccine. "We're putting a lot of effort into that," he says.

The NIAID director also warns of harmful, man-made effects on the environment. He tells Morell that a combination of elements, but specifically human encroachment on the environment, is a proven catalyst for the epidemics and pandemics that are the biggest threat to life. "When you push into the environment, you expose man to things they wouldn't commonly be exposed to," Fauci says.

Fauci expresses skepticism about the potential threat posed by man-made agents used for bioterrorism, suggesting naturally evolving pathogens are still our most likely and dangerous foe. He describes to Morell just how complex it would be for an individual or a state actor to release a bio-weapon on the United States.

"You'd have to have considerable expertise, and you'd have to be pretty lucky, because it isn't the easiest thing in the world to do that," Fauci says. "And that's the reason why I always say – with the caveat that I pay a lot of attention to the possibility of deliberately released microbes – that nature, because of its extraordinary ability to evolve microbes, nature is potentially the worst bioterrorist for us."

But as a self-described "realist who's cautiously optimistic," Fauci maintains a positive outlook on the future.

For much more from Michael Morell's conversation with Dr. Anthony Fauci, you can listen to the new episode and subscribe to Intelligence Matters here.

Former Ambassador Peter Wittig on foreign perceptions of the U.S.

Strategic opportunities and challenges in Latin America
More
Thanks for reading CBS NEWS.
Create your free account or log in
for more features.
View CBS News In
CBS News App Open
Chrome Safari Continue
Be the first to know
Get browser notifications for breaking news, live events, and exclusive reporting.