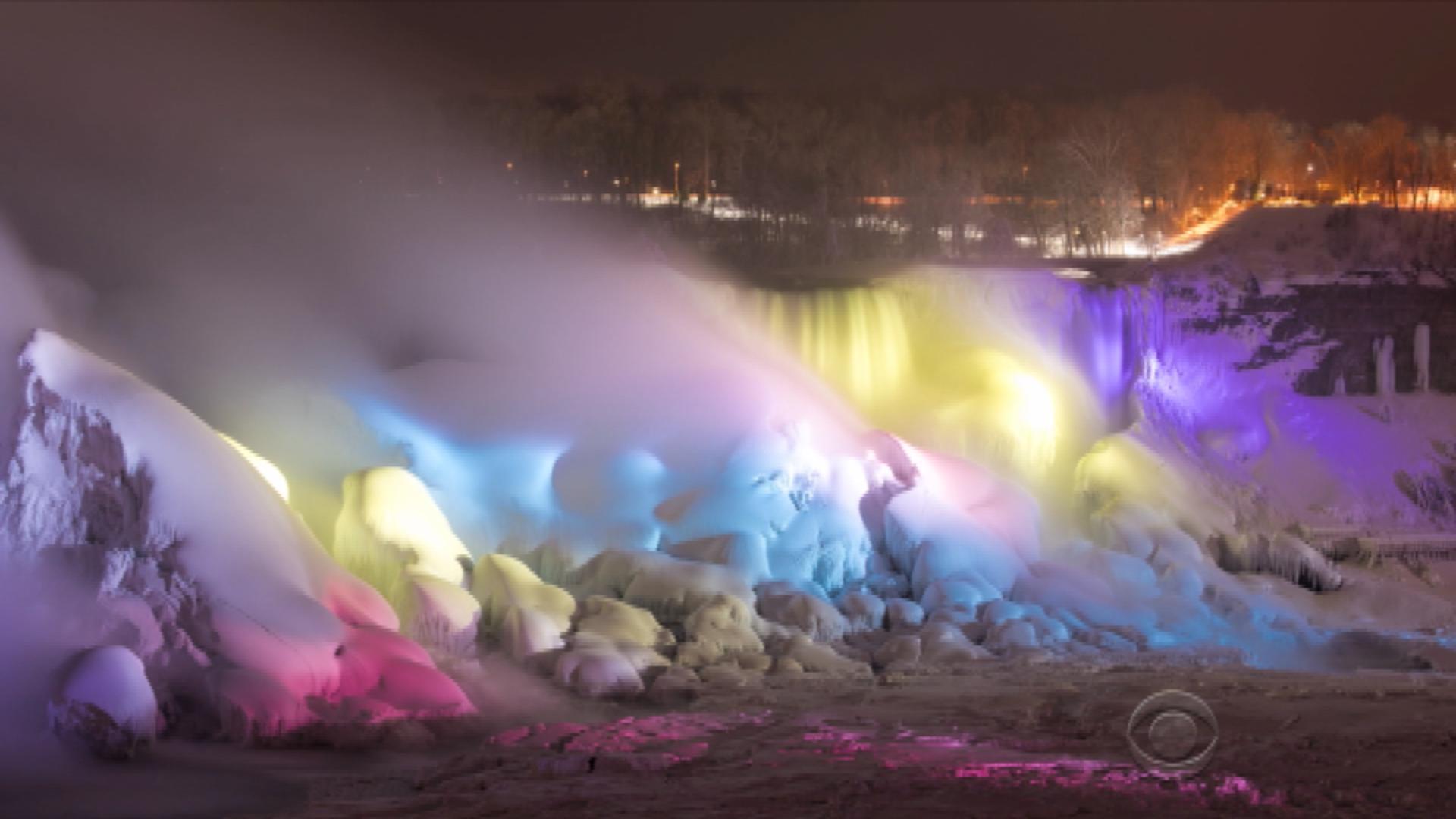 By day, the view is majestic, water cascading nearly 200 feet between the U.S. and Canada. But at night, it’s illuminating.

A dazzling rainbow of colors from the Canadian side light up the American falls from nearly half a mile away. Tonight, thanks to a $4 million renovation, they will be even brighter.

“We’re eliminating all the dark spots so that you can actually see the whole rim of the falls, the whole curtain of the falls, and we’re gonna add a whole host of colors that you couldn’t get before with our old technology,” he said.

“When you put lights on these falls, they dazzle,” he added.

The illumination of the falls started in 1860 to celebrate the Prince of Wales’ visit to Canada. By 1925, the light show became a nightly spectacle -- the lights themselves were even an attraction.

Today, some 20 million people are drawn to them every year.

Ed Gesch helped with the new 1400 LED lighting makeover, boosting the colors up to 14 times brighter. He said the lights are also more energy efficient.

“Up to 85 percent energy savings as we do the colors,” he said.

When the lights came on, visitors on the Canadian side got the full view.

“Oh, I love the blue,” one visitor said. “The blue is beautiful, the color.”