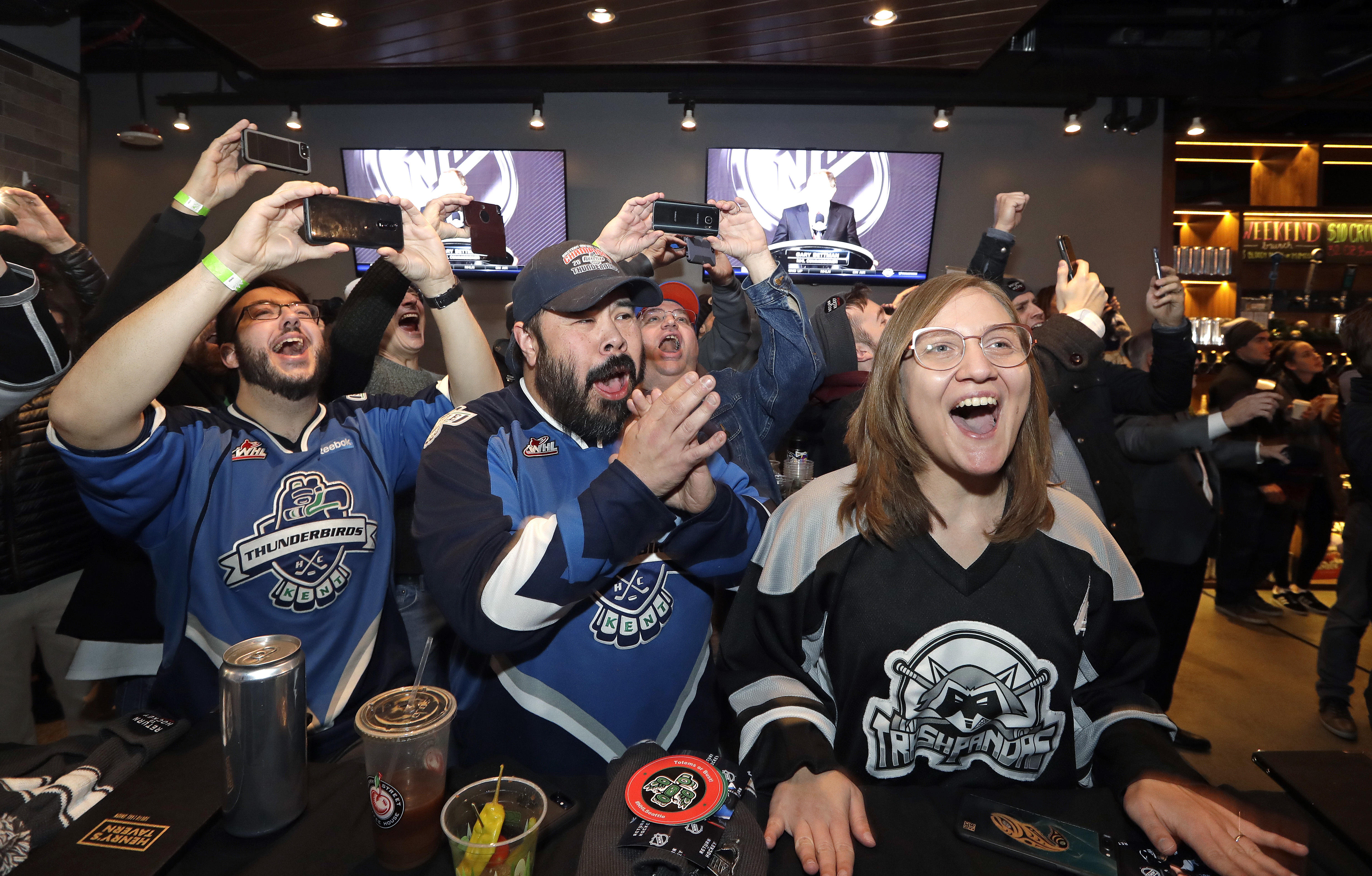 Seattle is getting its own National Hockey League team, bringing the total number of teams in the league to 32. The unnamed team is expected to hit the ice in 2021-2022 to allow for arena renovations, the league announced Tuesday.

"Today is an exciting and historic day for our League as we expand to one of North America's most innovative, beautiful and fastest-growing cities," NHL Commissioner Gary Bettman said in a statement. "We are thrilled that Seattle, a city with a proud hockey history that includes being the home for the first American team ever to win the Stanley Cup, is finally joining the NHL."

The franchise will play its home games at Seattle Center Arena, the former home of the Seattle Supersonics. David Bonderman, a wealthy investment banker, will be the team's majority owner.

The owners will pay a $650 million expansion fee, up from the $500 million the Vegas Golden Knights paid to join the league. The NHL will also realign its two divisions in the West for the 2021-22 season: Seattle will play in the Pacific, home to its closest geographic rivals like Vancouver, Calgary and San Jose, and the Arizona Coyotes will move to the Central Division.

The remarkable debut by Vegas in 2017, which included a run to the Stanley Cup Final, gave the league more confidence about moving forward so quickly.

Seattle will benefit from the same expansion draft rules Vegas had. Its front office is expected to be led by Dave Tippett, a former coach who would lead the search for the club's first general manager and staff. Tippett signed on to the project because of a connection to president and CEO Tod Leiweke, a major force in delivering an NHL team to Seattle.

Leiweke got his start in hockey with the Minnesota Wild. He also worked in Vancouver and most recently helped build Tampa Bay into a powerhouse in the Eastern Conference. Leiweke left the Lightning in 2015 to become the COO of the NFL and didn't have any interest in leaving the league office until the project in Seattle began to gain traction.

There's plenty of interest for a pro hockey team in the city, CBS Sports writes. The city is already home to the the Mariners, Seahawks, Sounders, Storm and Reign, but they've been ready for another franchise since the SuperSonics left in 2008.

There have been several attempts at solving Seattle's arena issues and landing either an NHL or NBA team in the years since the Sonics left, but none had the support of the city or the private money attached until now.

While Seattle basks in the news, it's not clear the NHL will be satisfied at 32 teams even with the new team providing balance between the Eastern and Western conferences and a natural, cross-border rival for the Vancouver Canucks.

Deputy NHL Commissioner Bill Daly said recently that there's no magic number, even though no major North American sports league has ever grown beyond 32 teams. He said simply that expansion is appropriate when it adds value to the league. Houston, Quebec City and Toronto have all been touted as possible new homes someday.