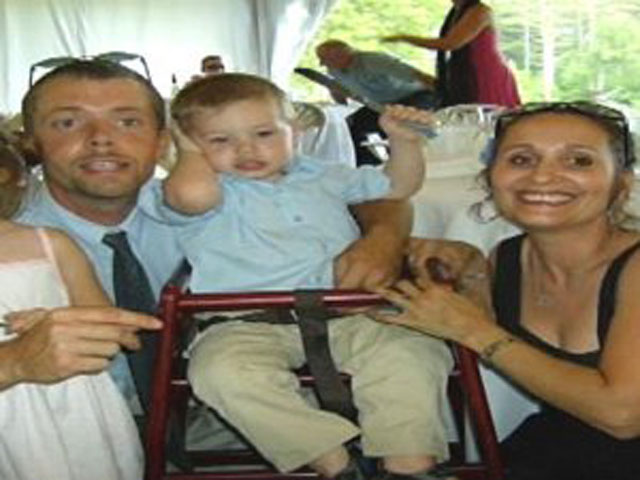 (CBS/WBZ/AP) BRENTWOOD, N.H. - Christopher Smeltzer, a New Hampshire man who returned home last year to find his 4-year-old son strangled by the boy's mother and a 7-year-old daughter unconscious, pleaded guilty Wednesday to killing his wife as she tried to commit suicide.

The description in court was the first time New Hampshire authorities have revealed publicly what caused the death of 4-year-old Mason Smeltzer and the injuries to his sister, Mercey Smeltzer, last November at their home in Auburn.

The revelations came as the children's father, 38-year-old  Smeltzer pleaded guilty to a charge of second degree murder in the beating death of his wife Mara Pappalardo.

New Hampshire Senior Assistant Attorney General Jane Young said during the hearing that Pappalardo had been hospitalized in the weeks before her death for extreme paranoia, reports CBS station WBZ.

Smeltzer and Pappalardo had been living with Smeltzer's family in the weeks leading up to the killings, she said. Pappalardo believed her mother-in-law and husband were trying to take the children away from her, reports the station.

The family had returned to their home on the night of Nov. 7. Smeltzer went out and when he returned he found his son dead on the bed in the master bedroom and his daughter unconscious.

Young said Smeltzer told police he "lost his marbles" and attacked Pappalardo with a flashlight. She had a rope around her neck and was apparently preparing to commit suicide, Young said.

Smeltzer then tried to kill himself by taking a variety of drugs. Mercey woke him up the next day. He made his daughter tea, called his father and then called 911.

Prosecutors recommended a sentence of 15-to-30-years with 10 years to serve. Sentencing is set for Dec. 2.