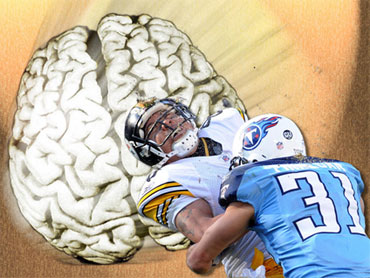 The NFL is partnering with Boston University brain researchers who have been critical of the league's stance on concussions, The Associated Press learned Sunday.

The league now plans to encourage current and former NFL players to agree to donate their brains to the Boston University Center for the Study of Traumatic Encephalopathy, which has said it found links between repeated head trauma and brain damage in boxers, football players and, most recently, a former NHL player.

"It's huge that the NFL actively gets behind this research," said Robert Cantu, a doctor who is a co-director of the BU center and has spoken negatively about the league in the past. "It forwards the research. It allows players to realize the NFL is concerned about the possibility that they could have this problem, and that the NFL is doing everything it can to find out about the risks and the preventive strategies that can be implemented."

NFL spokesman Greg Aiello told the AP on Sunday that the league also is committed to giving $1 million or more to the center. Aiello said the league already has held discussions with the NFL Alumni Association about suggesting that retired players look into participating in BU's work by offering their brains for study after they die.

The league also will contact the nearly 100 retired football players who have been diagnosed with Alzheimer's or dementia and are receiving benefits from the league to ask their families to consider donating those players' brains to the BU study.

"The people affiliated with the center have identified the donation of brains, both from healthy people and those that have had multiple concussions, as their most critical need right now to further the research into this disease," Aiello said. "We ... will discuss with the center its research needs as we go forward in this partnership."

Cantu said he and NFL commissioner Roger Goodell met in October to discuss concussions and the BU project.

Sunday's news represents the latest in a series of moves the NFL has made in recent weeks to step up its attention to concussions in the aftermath of a congressional hearing on the topic.

That included stricter return-to-play guidelines detailing what symptoms preclude someone from participating in games or practices; a mandate that each team select a league- and union-approved independent neurologist to be consulted when players get concussions; and the departure of the two co-chairmen of the NFL's committee on brain trauma.

"They have done a bit of an about-face. Pressure probably has played a role in that," Cantu said in a telephone interview. "But I honestly think that Goodell does believe in player safety and the product is just better with your best players on the field, not your best players injured."

Aiello said Sunday that a concussion study the league has been conducting since 2007 is on hold until the former committee co-chairmen - Ira Casson and David Viano - are replaced. They resigned last month. He said the league is interviewing candidates, none of whom is currently affiliated with the league or any team.

"Now that we're changing the committee, we want to make some revisions in how the study proceeds," Aiello said in a telephone interview.

The New York Times first reported that the study is on hold.

Casson is slated to testify at a House Judiciary Committee hearing Jan. 4 about football head injuries. He did not attend the panel's hearing Oct. 28, when BU's Cantu said there is "growing and convincing evidence" that repetitive concussive and subconcussive hits to the head in NFL players leads to a degenerative brain disease.

Another co-director of the BU center, Ann McKee, showed the committee images of brains of dead football players with the disease and told lawmakers, "We need to take radical steps" to change the way football is played.
By AP Sports Writer Howard Fendrich