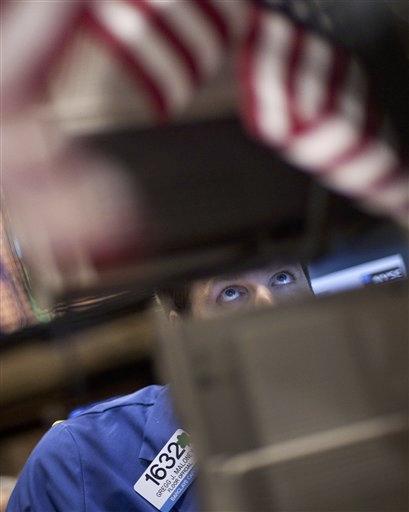 The National Football League's steroids policy is tough, "but it's not perfect," the head of a congressional committee said Wednesday, warning that he hopes soon to introduce a bill governing drug testing across the spectrum of U.S. sports.

Rep. Tom Davis opened the House Government Reform Committee's second hearing on steroids by saying the NFL had been more cooperative than Major League Baseball was when its drug program was examined publicly by the panel last month.

But Davis also stressed that steroid use by professional athletes is a serious problem for them and the kids who emulate them, reports CBS News Correspondent Bob Fuss.

Saying that all sports leagues must "acknowledge that their testing programs need improvement," the Virginia Republican added that he, ranking Democrat Henry Waxman of California, along with Sen. John McCain, R-Ariz., are working on legislation to create uniform policies for major sports.

Such an effort would face obstacles in Congress, which has been reluctant to legislate professional sports policy over the years. Many times over the years, for example, various sessions of Congress have threatened legislation removing baseball's exemption from antitrust laws. But that has not happened.

In prepared testimony submitted to the committee, NFL commissioner Paul Tagliabue and NFL Players Association chief executive Gene Upshaw said the league is tripling from two to six the number of random offseason tests that players can face.

They also said the league and union recently agreed to add new substances to the list of banned performance enhancers; to put in writing previously agreed-to policies to test for designer steroids; and to lower the testosterone ratio threshold.

"There are numerous issues on which management and labor disagree. ... But there is complete agreement on this: Steroids and other performance-enhancing substances have no place in our game, or anywhere in sports," Upshaw said.

He and Tagliabue sat next to each other and each occasionally jotted notes while some lawmakers criticized the NFL's penalties as too lenient and raised questions about whether amphetamines should be banned.

While boosting strength, steroids can lead to heart attacks, strokes, cancer, sterility and mood swings; using most steroids without a doctor's prescription for medical purposes has been illegal since 1991.

Doctors told the committee that the health consequences are especially serious for young people.

The NFL began testing in 1987, added suspensions in 1989, and instituted year-round random testing in 1990. Fifty-four players have been suspended.

"The percentage of NFL players who test positive for steroids is very low," Waxman said. "Is this because the policy is working or is this because players have figured out how to avoid detection?"

Tagliabue and Upshaw were among 10 witnesses scheduled to appear, including two doctors who supervise the NFL's testing, and two high school football coaches.

Gary Wadler, a member of the World Anti-Doping Agency that oversees Olympic drug testing and penalties, knocked the NFL policy for leaving out amphetamines, and he urged the league to adopt blood testing to detect Human Growth Hormone.

In contrast to the March 17 baseball hearing, when several active or retired stars were subpoenaed to testify, only one former player was invited Wednesday: Steve Courson, an offensive lineman for the Pittsburgh Steelers and Tampa Bay Buccaneers from 1978-85. He has admitted using steroids and now speaks out against them.

Courson explained the bottom line problem to the committee, reports Fuss. He said steroids make you stronger and provide an advantage. But he also says he has since had health problems he thinks were caused by the steroid use.

Courson delivered his statement to dozens of empty chairs: Only one member of the committee was present, because others left for a floor vote. Later, when asked by Waxman what percentage of pro football players use steroids today, Courson said: "That would be very hard for me to determine. I've been out of the game for 20 years."

"We will never — because of both institutional and individual denial — know ... the extent of steroid use in football," Courson said.

Fuss added that the committee was also told that a widespread cultural message in youth and pro sports that winning is everything is feeding steroid abuse.

Arizona High School Coach Bobby Barnes testified that he got grief from parents when he kicked 10 players off his team because they were using steroids.

Willie Stewart, the Head Football Coach at Anacostia High School in Washington D.C., added that he had two players he suspected of using steroids and one just died.

Baseball banned steroids in September 2002 and instituted mandatory 10-day suspensions this season. The National Hockey League does not test players for performance-enhancing drugs, while first-time offenders are suspended for five games in the National Basketball Association.

In the NFL, a first positive test draws a four-game ban — a quarter of the season — and a second gets a six-game suspension. Only two players failed tests twice, and they both retired.

"It's a policy with tough penalties that's getting tougher all the time. But it's not perfect, and that's one of the reasons we're here today," Davis said. "The NFL's testing program has come under heightened scrutiny in recent weeks."

He mentioned a CBS report that a South Carolina doctor wrote steroid prescriptions for three Carolina Panthers in 2003.