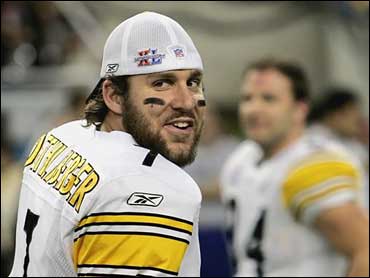 The civil suit allegations are by a former employee of Harrah's hotel-casino, who says the attack occurred there in July 2008. Andrea McNulty says the attack happened to her when the Super Bowl-winning quarterback was in Tahoe playing in a celebrity golf tournament. She also alleges that Harrah's officials refused to investigate her complaint and went to great lengths to cover up the incident.

The civil suit, filed last week in Washoe County, Nevada, claims Roethlisberger asked McNulty to come to his hotel room to fix the television. Once she arrived, McNulty alleges, he forced her to have sex with him. Roethlisberger faces several civil charges, including assault, sexual assault and battery, and intentional infliction of emotional distress. 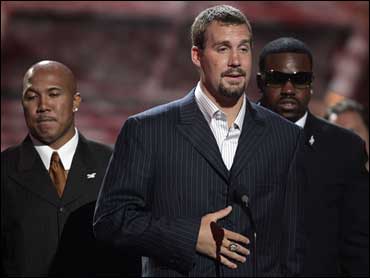 (AP Photo/Chris Carlson)
No criminal complaint has been filed.

"If an investigation is commenced, Ben will cooperate fully and Ben will be fully exonerated."

Steelers spokesman Dave Lockett said Tuesday the team is aware of the lawsuit, and "we are gathering information."