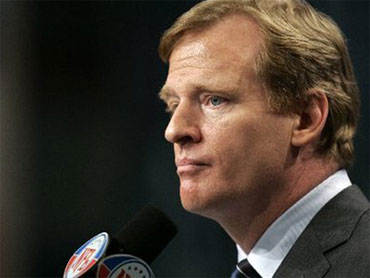 For the NFL and players union, the worst case scenario would be a lockout in 2011. The current collective bargaining agreement is set to expire in March and league-wide, the concern is a new agreement won't be reached in time for the 2011 pre-season, perhaps even spilling over into the regular season.

While both sides remain optimistic (most recently, New England Patriots owner Robert Kraft, told reporters point blank, "We're going to get a deal."), just in case, the NFL announced Tuesday that it will offer full refunds to fans with general admission tickets should a lockout happen.

The specifics of the league-wide policy for general admission tickets are reasonable and give fans the incentive to take a leap of faith by offering a full refund or credit for season ticket holders on pre-season and regular-season home games that are cancelled.

Same goes for individual ticket holders, albeit with the usual fine print (future games chosen by the club, subject to availability, etc...) and everyone will get their refunds no later than 30 days after it's determined how many games, if any, will be played in 2011.

"We are working hard to secure an agreement with the union that is fair and forward-thinking to ensure our game is sound and strong well into the future," said NFL commissioner Roger Goodell in a statement. "We know we will reach an agreement at some point. We all want football without interruption, but our fans are entitled to know now that they would receive refunds if any games are cancelled."

In the coming weeks, ticket holders can expect more information from their teams with their options for purchasing next season's tickets. With the future of next season hanging in the balance, at least the league is giving fans a much needed safety net.