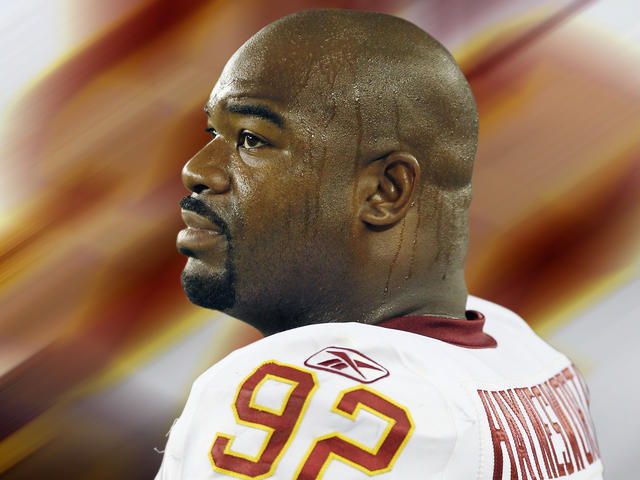 (CBS/WUPA/AP) Washington Redskins defensive lineman Albert Haynesworth was indicted Tuesday on a misdemeanor sexual abuse charge after allegedly fondling the breast a server at a lounge of the W Hotel in northwest Washington DC.

If convicted, Haynesworth faces 180 days in jail and a $1,000 fine, according to CBS station WUPA.

According to the U.S. attorney's office, the government's evidence shows Haynesworth slid a credit card down the front of the server's dress and fondled her breast.

Haynesworth's attorney, A. Scott Bolden, called the charge disappointing and regretful and said it would be a difficult case for the government to prove. Haynesworth is innocent and several witnesses would vouch that the alleged conduct never happened, Bolden said.

"We maintain his innocence, and now the fight begins," Bolden said.

The player is also facing separate charges for allegedly punching a man in a road-rage incident in Virginia.

Haynesworth made headlines when he signed a seven-year $100 million contract that guaranteed $41 million dollars with the Washington Redskins in 2009.

Coverage of Albert Haynesworth on Crimesider