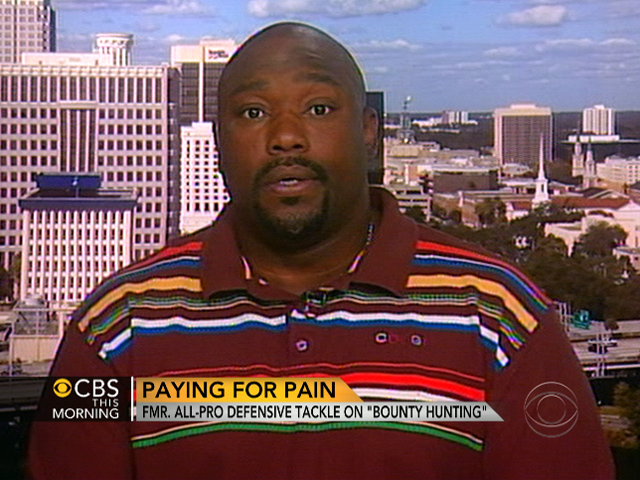 "We don't keep many secrets in the NFL. If you [are] knocking a dude out [and] you getting paid - that's going to get around," Sapp said Tuesday on "CBS This Morning." "Once that gets out, the league's going to come down on you even more then. Teams are going to start coming after your guys."

NFL to look for bounties beyond Saints

The NFL is investigating the New Orleans Saints and coach Gregg Williams, who has admitted to running a bounty for knocking opposing players out of the game. Williams met with league officials Monday and could face a long suspension.

"We play a game, a kid's game," Sapp said. "We could all get it. We could all get injured out on the football field. Why would you send out that type of vibe from your defense, your special teams knowing that it could come back at any moment and somebody finds out about it, it's going to be harsh penalties."

Sapp retired from the NFL in 2008 after a 13-year career. He made the Pro Bowl seven times, and ranks second among all defensive tackles with 96.5 career quarterback sacks. He's currently an analyst on NFL TV.

Sapp said it's never the intent to take out the other team's quarterback. Rather the defense hopes to disrupt the quarterback's timing and "make him have a bad day."

"There's no reason to go out there and go after this man. He's a father, a husband," Sapp said. "There's so many other things that go into this other than a football game."