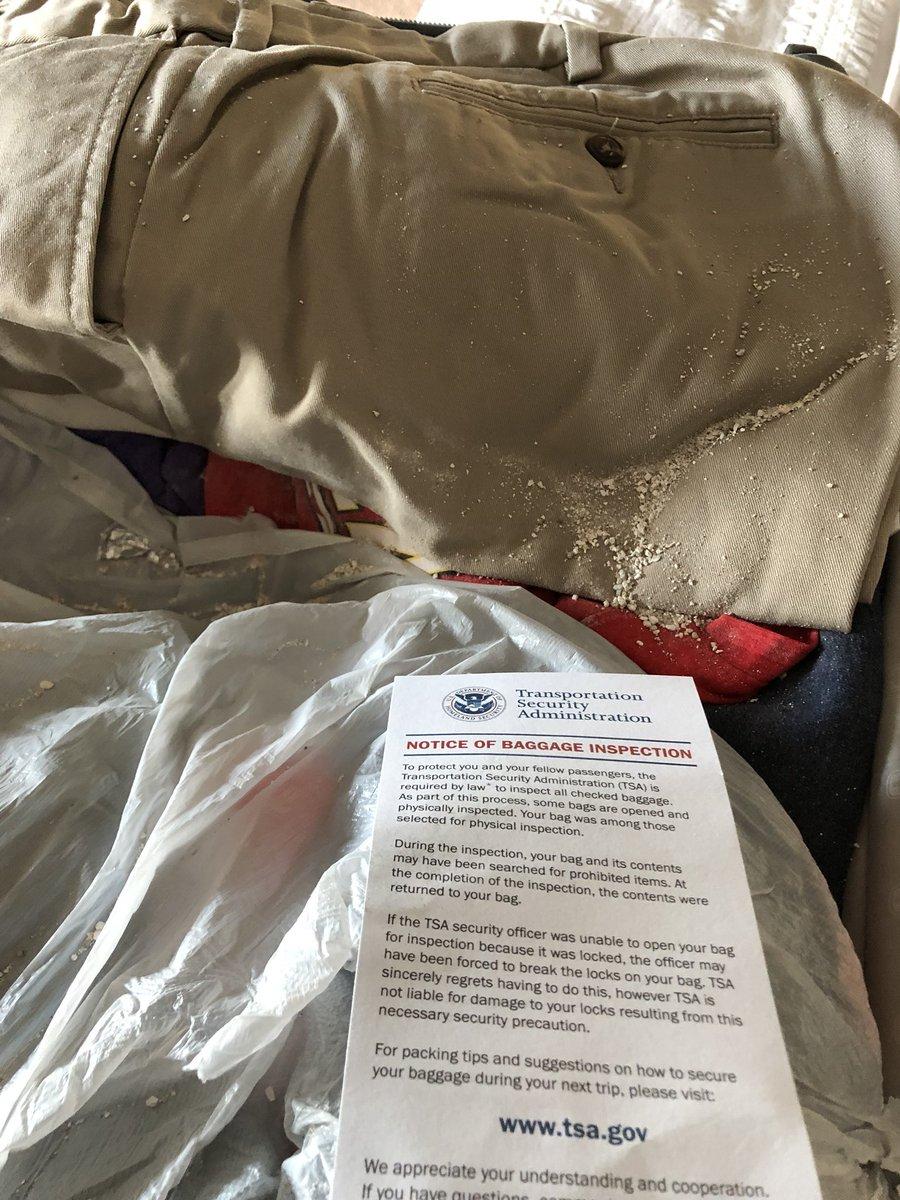 New York Giants defensive tackle A.J. Francis says the Transportation Security Administration (TSA) spilled his late mother's ashes in his suitcase during an inspection of checked luggage before a flight. However, the agency contends his version of events, saying the container with the ashes was "loosely packaged" after reviewing video.

On Monday morning, Francis tweeted about his frustration with the TSA, along with a photo showing the ashes scattered on items of clothing inside his luggage. He was flying out of Los Angeles International Airport (LAX) after spending time with family following his mother's death last month.

"Hey you pieces of [sh*t] @TSA next time you [a**holes] feel the need to go thru my mother's ashes for no reason, make sure you close it back so her remains aren't spilled on all my clothes," he wrote.

The photo included a flyer from the TSA informing Francis that his luggage was among the pieces of checked luggage that was inspected by agents. He tweeted that he has no problem with the TSA checking his bag, but said the agents were "irresponsible" when handling the urn that held his mother's ashes.

"The craziest part of this @TSA [sh*t] is that I dont even care that they checked it... they were just being cautious, & I can understand that. But to not ensure that it won't spill back into my bag after you put it back in is the most asinine & irresponsible [sh*t] I have ever seen."

The TSA apologized to Francis on Twitter, replying with a link to file a formal complaint. "Out of respect for the deceased, under no circumstances should the container be opened," the agency's customer service account said.

On Tuesday, TSA spokesperson Michelle Negron told CBS News the agency reviewed video of the screening and agents were alerted to an opened, unidentified object in Francis' checked bag.

"A TSA officer discovered the unidentified object was an opened, unmarked ceramic container, wrapped in aluminum foil inside a small bag. Upon further inspection of the checked bag, the container was loosely packaged, unmarked and the contents unknown to the TSA officer," Negron said, adding that the officer carefully repacked and placed it back into the checked bag.

Francis joined the Giants in May after playing for several NFL teams, including the Washington Redskins and Seattle Seahawks.