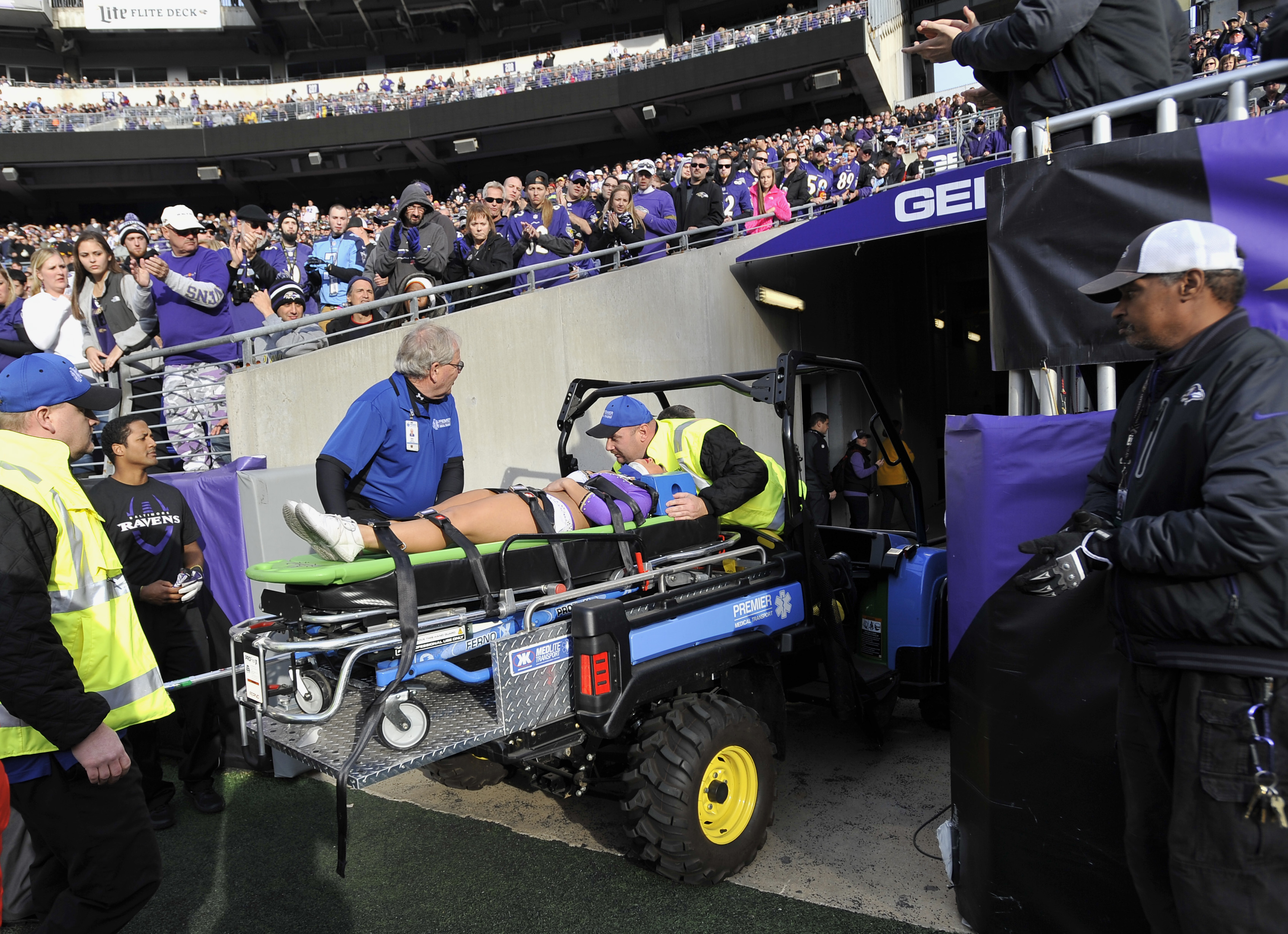 BALTIMORE - A Baltimore Ravens cheerleader is out of the hospital and recuperating at home after being injured in a fall and carted off the field Sunday.

The woman, whom the team declined to identify, was thrown in the air and hit the ground during a stunt while Baltimore played Tennessee. She was treated at the hospital for head, back and neck injuries.

The woman was cleared to leave the hospital and walked out under her own power, a team spokesman said. Team medical personnel stabilized her on the sideline before she was wheeled off the field.