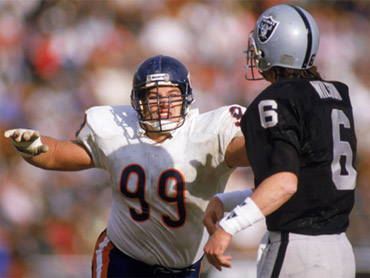 As the NFL season kicks off this Thursday in New Orleans, football pundits are weighing in on whether the Saints can repeat as Super Bowl Champs.

One such analyst, Hall of Famer Dan Hampton, doesn't think the Saints will fare well in their season opener against Minnesota - and he used a questionable analogy to make his point.

"The Vikings need to go down there and hit that town like Katrina," the former Chicago Bears lineman proclaimed on Pro Football Weekly's television show.

"It was a spur-of-the-moment comment intended strictly as a metaphor for the storm-like intensity I believe the Vikings will bring to their rematch with the Saints, and it simply never occurred to me that anyone could read anything more than that into it.

"I have nothing but the deepest respect and greatest admiration for the people of the Gulf Coast, and I am horrified that even one of you would think I would make light of the terror Katrina wrought, and that I have clearly offended so many of you.

"I realize now it was a terrible choice of words, and I offer absolutely no excuses. I screwed up, about as badly as I could, and I am deeply and profoundly sorry."