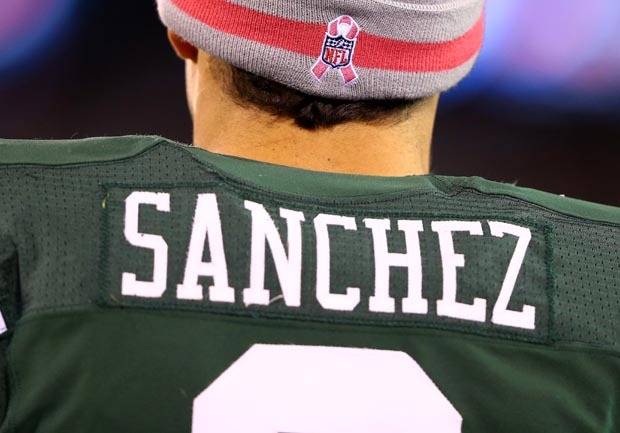 NEW YORK There will be more pink visible on the field during the Dolphins-Jets game this weekend.

The NFL announced Wednesday officials will be using pink penalty flags for Sunday's game after an 11-year-old wrote Commissioner Roger Goodell with the suggestion.

In support of breast cancer awareness, pink has been highly visible this month, from coaches' caps to players' wristbands and cleats, and even officials' whistles. Dante Cano, a fifth-grader from Marlboro, N.J., then offered the idea of pink penalty flags. The NFL agreed and invited Cano and his family to MetLife Stadium; they will present the penalty flags to the officials before the game.

"My name is Dante Cano. I am 11 years old and I am from Marlboro, New Jersey. I wanted to know if you could use my idea of pink penalty flags in October for breast cancer awareness," Cano wrote.

Cano's father told ABC that Dante is sensitive to all illnesses because his sister has a rare genetic disorder.

"Dante had a great idea and I am looking forward to meeting with him on Sunday to put it into action," Goodell said. "Sometimes the simplest ideas can be the best. I applaud Dante for sending in his recommendation."