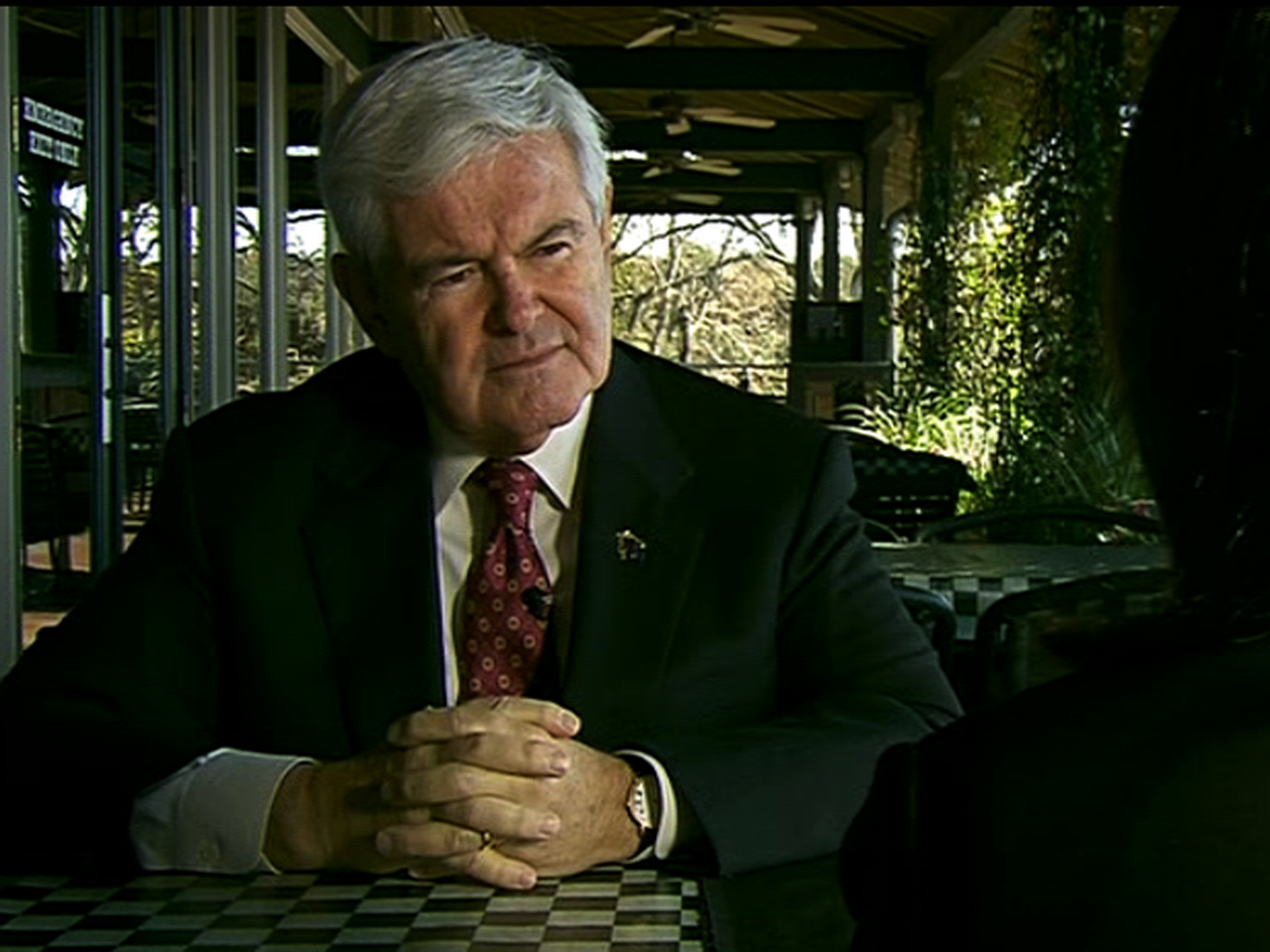 Newt Gingrich spent the past few days campaigning in South Carolina, a state he calls "decisive" in the 2012 Republican primary -- and one he is confident he has "a very real chance of carrying."

The former Speaker has five campaign offices in the state and cites new-found Tea Party support there as well.

"No one has won the Republican nomination over 30 years without carrying South Carolina," Gingrich told CBS News' Nancy Cordes on the trail in Hilton Head Island Tuesday. "Everywhere we go there is a very, very good turnout... I think that we have a very real chance of carrying the state."

Though the Obama re-election campaign seems to have its eyes set squarely on Mitt Romney, Gingrich contends he is best equipped to face the president as the Republican nominee.

"It will come down to who will debate best in the fall of 2012," Gingrich said. "In that setting... I think that I have a greater likelihood of defeating Obama than any other Republican."

Gingrich is well aware of Obama's fundraising capabilities, projecting to CBS News that "the president is going to have probably a billion dollar campaign war chest."

"They will throw every ounce of mud they can," he said.

A frontrunner in some national polls, Gingrich already faces scrutiny from the rest of the Republican field for the position on immigration he revealed in a recent presidential debate. Some say that position equates to offering amnesty to illegal immigrants.

"It's a little sad," Gingrich said. "My position has been very clear. Nobody that is here illegally should get citizenship... Only people who have been here a very long time and have real ties to the community should be considered for some kind of certification."

"It's a very long way from amnesty," he added.

Gingrich suggested the increased scrutiny on his policy positions by other candidates is just a result of his surge in popularity.

"When you're the frontrunner, you're going to have a lot more shots taken and you have to answer each one quickly and decisively."

One-time frontrunner Herman Cain is now being forced to reassess the future of his campaign after allegations of sexual harassment and an extra-marital affair surfaced. Meanwhile, Gingrich's own past indiscretions have largely flown under the radar during his presidential bid.

His current wife, Callista, is a former congressional staffer with whom he had an affair while he was married to his second wife.

On the campaign trail, Gingrich doesn't shy away from questions on his past. "I had problems in my life. I had to go to God and ask for forgiveness."

He doesn't think allegations Cain faces will disqualify him either. "I think that people have to look at who we are today and then render judgement."