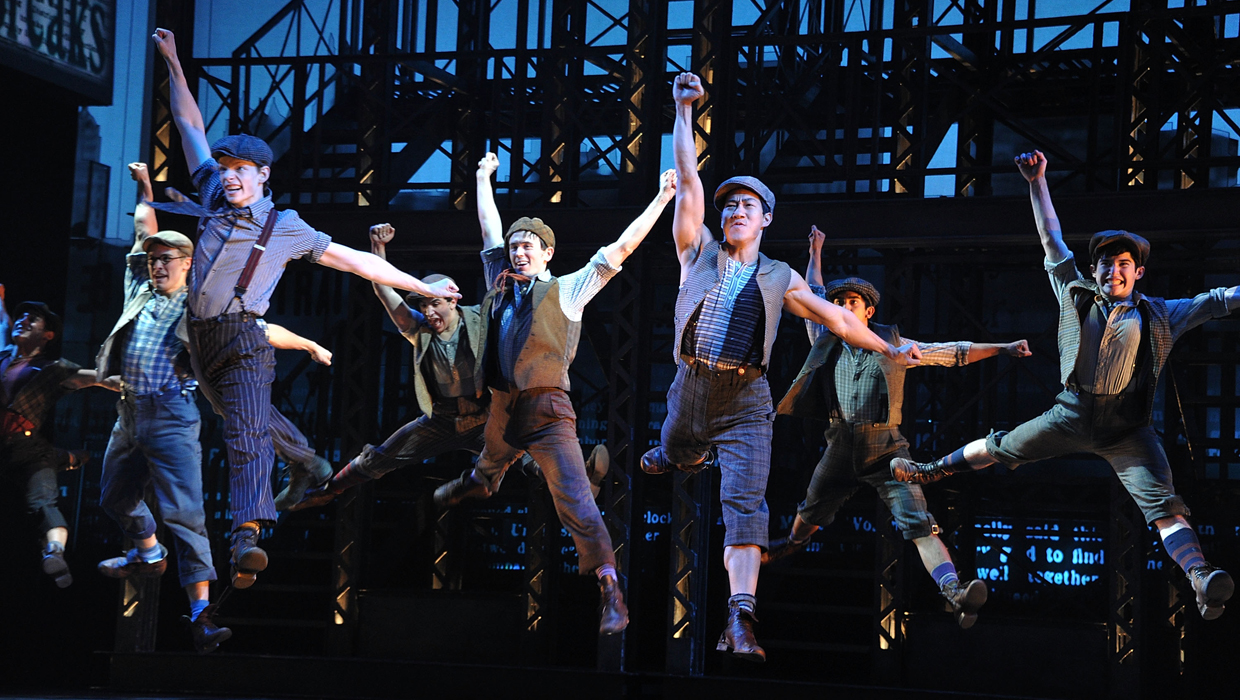 Stop the presses: "Newsies" is closing on Broadway.

Disney Theatrical Productions said Sunday it will shutter the high-energy musical about newsboys after the Aug. 24 performance, pulling the plug on a 2-year-old show that has earned more than $100 million over some 1,000 shows but has seen its weekly take dip in recent months.

The bad news for "Newsies" fans may be softened somewhat by details on a North American tour that launches in October and will play 25 cities -- including Chicago, Boston, San Francisco, Pittsburgh, Philadelphia, Miami and Washington -- during the 2014-15 season.

"Newsies" is based on the 1899 true story of child newspaper sellers in turn-of-the-century New York who go on strike. A 1992 film, starring a young Christian Bale, Bill Pullman, Robert Duvall and Ann-Margret, did poorly at the box office but has become something of a cult hit.

The musical, with songs by composer Alan Menken and lyricist Jack Feldman, retains the film's memorable songs "Santa Fe," ''The World Will Know," ''Carrying the Banner," ''Seize the Day" and "King of New York," but added a young female reporter to the story and plenty of muscular dancing by cap-wearing, backflipping urchins choreographed by Christopher Gattelli.

The show had a critically-acclaimed debut in September 2011 at the Paper Mill Playhouse in Millburn, N.J., and opened on Broadway in March 2012 at the Nederlander Theatre. It won Tony Awards for best score and choreography and recouped its $5 million investment in just over nine months -- faster than any other Disney stage property.

In recent months, the musical's box office receipts have softened somewhat from its regular weekly earnings of around $900,000. It last cracked the $1 million mark in late May and has been lately reporting totals between $500,000 and $600,000, though attendance remains high.

Disney is still well-represented on Broadway, with its musical versions of "The Lion King" and "Aladdin," which just scored a Tony Award for James Monroe Iglehart's portrayal of the Genie.