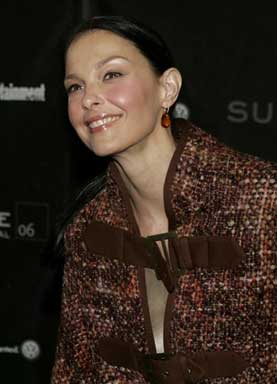 Banished to the bullpen after a shaky start this season, Jason Dickson made an impressive return to Anaheim's starting rotation.

Dickson pitched 7 1-3 shutout innings Friday night as the Angels, hit by round of suspensions earlier in the day, beat the Colorado Rockies 5-0 for their sixth straight win.

"He pitched outstanding, really moved it around the strike zone," Angels manager Terry Collins said. "I think he went down there (to the bullpen) and relaxed a bit, started doing what he did that made him successful last year."

Dickson (5-4) limited the Rockies to five singles, walked three and struck out two.

"I think in the bullpen I kind of got back to the basics," Dickson said. "You know when you come out of there (in relief), you need to throw fastballs and get ahead of guys. I came out for the start tonight doing the same thing."

Dickson earned his ticket back into the starting rotation by pitching 4 1-3 strong innings in relief of injured Jack McDowell against Minnesota last Sunday. McDowell has since been placed on the disabled list.

Cecil Fielder hit a pair of solo homers against the Rockies and Gary DiSarcina had three hits, including an RBI double that snapped a scoreless tie in the third inning. DiSarcina then stole third and came home on a wild pitch by Bobby Jones (1-1) for a two-run edge.

Fielder homered in the sixth and eighth innings, giving him 10 this season.

"Cecil's swinging real well right now," Collins said of Fielder, who has had an up-and-down season at the plate. "He's one of the guys who really knows how to hit; I think it's just a matter of being patient for guys like him."

With an AL umpire Larry Barnett, calling balls and strikes on them for the first time this year, the Rockies had three batters called out on strikes with runners on in the final two innings, including Dante Bichette and Larry Walker with two on in the eighth.

"One of my philosophies is always that I'm not going to let anybody call me out on that third strike," Colorado manager Don Baylor said. "You've got to take a swing.

"You can't really worry about the strike zone (being different). You have to expand your strike zone when you have guys on base."

Said Bichette: "We don't do that (take third strikes) too often, but you've got to make the adjustments. He (the ump) is going to call them because they're great pitches."

The Angels' victory came only hours after AL president Gene Budig announced that six Anaheim payers would serve suspensions of various lengths for their roles in a brawl against the Royals in Kansas City on Tuesday night.

Collins and Royals manager Tony Muser drew the longest suspensions, eight games each. Pending appeals, the suspensions are scheduled to begin on June 12.

Notes: The Angels players suspended were McDowell (four games), Phil Nevin (three), Rich DeLucia and Mike Holtz (two each), and Frank Bolick and Damon Mashore (one each). ... Angels center fielder Jim Edmonds will receive his Gold Glove award Saturday in a pre-game ceremony. .. Despite his previous problems as a starter this season, Dickson has won four straight decisions, tying his career best. His other shutout was a 2-0 victory over Boston on April 3 of last year. ... Jones was making just his seventh big-league start. He joined Colorado in May of last season. ... The Rockies beat the Angels in three of four meetings last year. ... Fielder has 33 multi-homer games in his career.