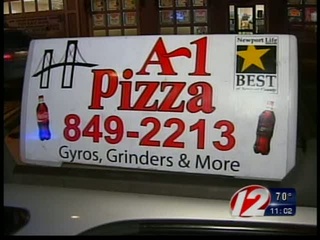 (CBS/AP/WPRI) NEWPORT, R.I. - Rhode Island police say a pair of robbers picking on pizza delivery men in Newport finally got their's "with everything," when they tried to rob a driver who was really an undercover cop.

The Providence Journal reports that a 30-year-old man and a 17-year-old boy were arrested in Newport on Tuesday night after they approached the officer. Police say one of the suspects had a BB gun in his waistband.

Two delivery drivers were robbed in the same area earlier this month. Police had asked restaurants to call if they received delivery orders for the neighborhood.

A-1 Pizza received the call Tuesday and notified police, who sent the officer in place of the usual driver. Lt. William Fitzgerald says the suspects were "quite shocked" to discover the delivery man was actually an officer.