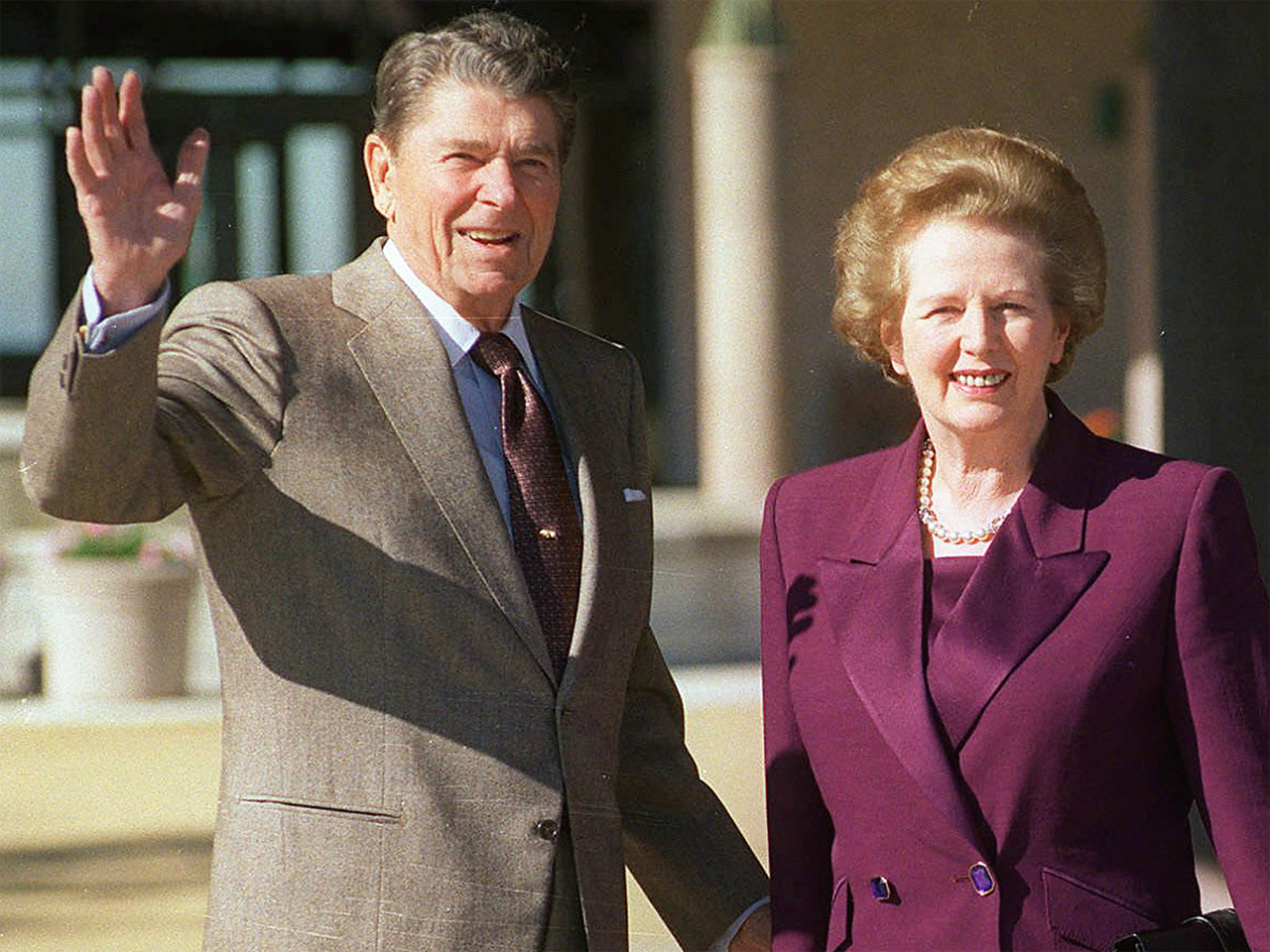 This was Thatcher's public line on the Falkland Islands: "The United States came down firmly on our side over the Falklands and we are very grateful for them being such staunch allies."

A tiny, British-ruled island group off South America was invaded by Argentina in 1982. The British sent troops and war ships to retake it.

But behind the scenes, there was conflict, with Mr. Reagan urging her to negotiate a truce during the conflict which she angrily rejected, and her asking for his support. "You are the only person who will understand," she wrote.

She was not always happy with his responses, describing one of his late-night messages regarding the Falkland invasion as "so vague I didn't think it was worth reading."

But one letter shows the woman the British nicknamed "The Iron Lady" could have a velvet side, adding a P.S. to the president who was a bit under the weather: "Warm personal regards and a rapid recovery to full health and strength ... the world needs you ... yours sincerely, Margaret Thatcher."

Thatcher laid to rest in London

The documents released by the Britain's National Archives also show the president's advisers asking their British counterparts for fashion advice about what Mr. Reagan should wear for a horseback ride with the queen during a June, 1982, visit. The answer? "Smart but casual, not formal riding attire." It was advice the president took.

As for that ride with the queen, the British were concerned that it took so long for the president to accept. A White House official said later he thought perhaps it was because Mrs. Reagan needed time to consult her astrologer and decide if it was an auspicious moment for such a trip.

For Barry Petersen's full report, watch the video in the player above.