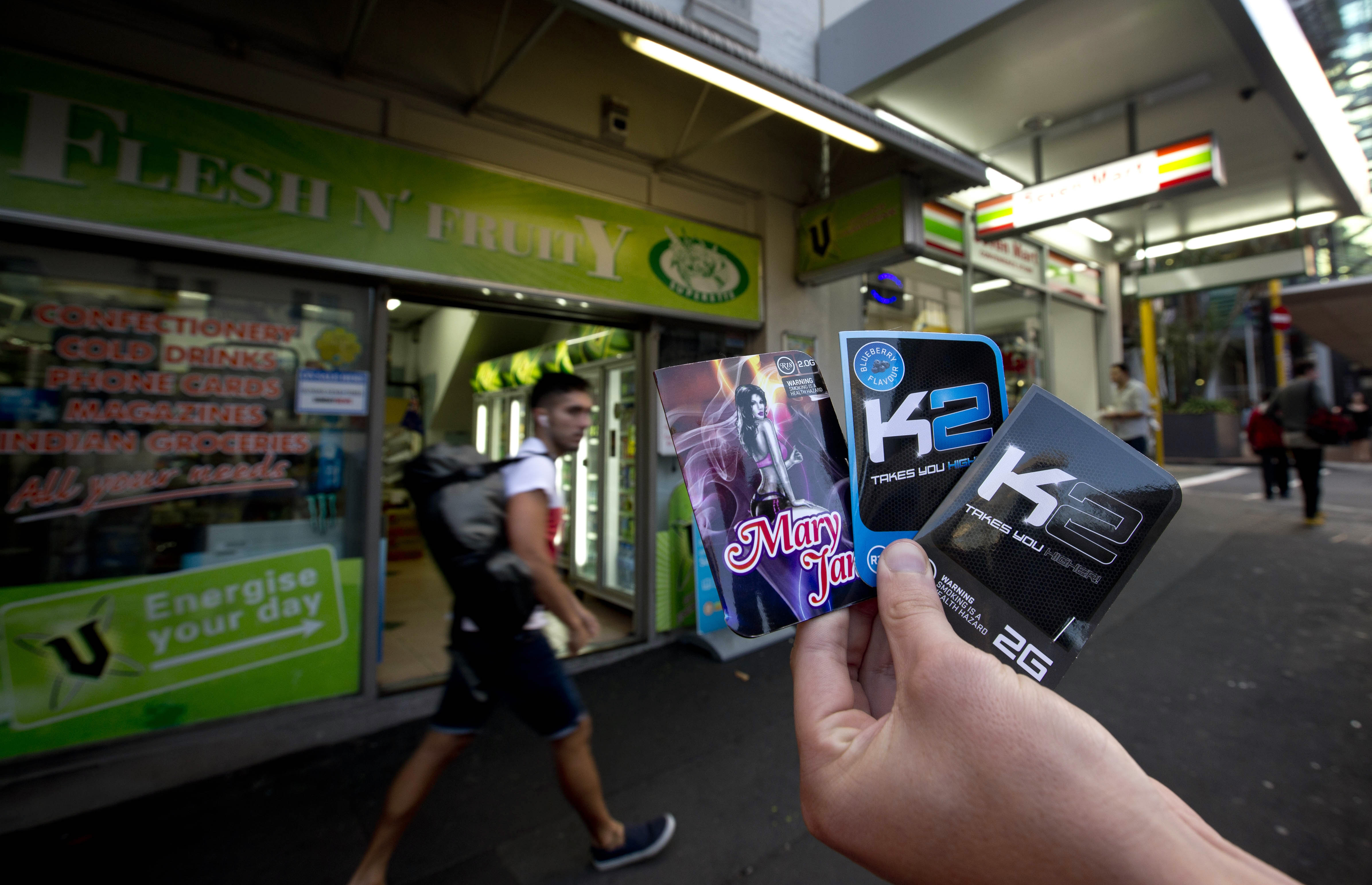 WELLINGTON, New Zealand A novel New Zealand law that could legalize some designer drugs is being scrutinized with interest by other countries struggling to keep up with the proliferation of "party pills" and similar products.

The law, enacted two weeks ago, represents a U-turn from the traditional approach of banning synthetic drugs. Instead, New Zealand will attempt to regulate them, allowing their sale if they go through rigorous safety testing similar to that for pharmaceuticals. Giving users a high wouldn't be a reason to ban them, a government health official said, though they would need to come with warnings, such as not driving while under their influence.

The policy is getting some attention globally. A group of British parliamentarians this year recommended adopting a similar policy. Australian officials have contacted their New Zealand counterparts to learn more. And the New York-based nonprofit Drug Policy Alliance, which advocates legalizing marijuana, said this week that it wants to get a similar bill introduced in Congress.

But while the new law is giving fuel to some politicians and lobbying groups, most countries are likely to adopt a wait-and-see approach. If anything, the U.S. has become more aggressive in prosecuting cases since President Barack Obama signed a federal law last year banning 26 new synthetic substances.

Sold under street names such as "spice," and "bath salts," the drugs often mimic banned substances such as marijuana, ecstasy and methamphetamine. The U.S. National Institute on Drug Abuse says bath salts, a meth-like stimulant, can produce feelings of euphoria and increased sex drive and sociability, but also can have side-effects including paranoia, delirium and, in some cases, death.

Earlier this year, researchers warned that synthetic marijuana may take a toll on kidneys. Four case studies have linked the marijuana-alternative drug use to kidney damage.

Like many countries, New Zealand has been inundated with designer drugs in recent years, and has become frustrated with finding itself a step behind the manufacturers. Once a drug is declared illegal, a maker often alters its composition slightly to create a new, legal compound.

That cat-and-mouse game prompted the U.N. Office on Drugs and Crime to describe the industry as "hydra-headed" in a June report, and say the international drug control system is foundering, because of the speed and creativity with which manufacturers are producing new variants of the drugs.

"The basic prohibitionist approach doesn't seem to be working," said Ethan Nadelmann, executive director of the Drug Policy Alliance, the American group. "Either a drug is criminalized, and underground chemists produce a new compound, or it's not criminal because it's never been created before."

The number of new psychoactive substances rose from 166 at the end of 2009 to 251 by mid-2012, and the Internet is helping fuel sales, the U.N. report said. It found nearly 5 percent of Europeans between the ages of 15 and 24 had tried designer drugs, and that the drugs ranked second in popularity among American university students, behind only marijuana. The manufacturers are often located in China, India and parts of Europe, the report said.

Yury Fedotov, the executive director of the U.N. office, said in the report that it is vital to find innovative measures to deal with the problem.

New Zealand lawmakers passed the Psychoactive Substances Bill in a lopsided 119-1 vote. Under the new law, any approved drugs would be restricted to people over 18 years old and couldn't be sold in supermarkets, convenience stores or gas stations. Advertising would be restricted to the point of sale. Drugs already deemed illegal, such as marijuana and cocaine, would remain so. The law has provoked some protests, because the drugs would be tested on animals as part of the approval process.

Dr. Stewart Jessamine, the New Zealand health ministry official, said makers would need to show their drug is free from high rates of serious side effects such as reproductive problems, seizures and addiction. They also need to demonstrate they have clean manufacturing labs and secure supply chains.

Jessamine estimated it would cost manufacturers about 2 million New Zealand dollars ($1.6 million) and take about a year to get a drug approved. He said there have already been 10 to 15 applications for licenses under a provision of the new law that could allow some producers to continue selling their products while undertaking the trials, if they apply within an initial 28-day window.

Bill sponsor Peter Dunne said that at U.N. presentations, government officials from around the world have been asking about the new law. "The Hungarians, the Irish, the British, they're all keen to know what we are up to," he said. "It's seen as cutting edge. They want to see how it works, and view it for their own country."

Dunne said getting a designer drug approved as low-risk might prove a Catch-22 for some producers, because some young people might lose interest if they think the drug is too tame.

Matt Bowden, a musician who has been selling party pills in New Zealand off and on since 2000, said in a submission in support of the bill that he wants to build a plant to manufacture the drugs in New Zealand.

In an email to The Associated Press, Bowden said party pills are safer than methamphetamine. "I was criticized heavily in my home country over the 15 years I fought for sensible drug policy," he added, "but now that it is receiving commendations from United Nations, it has made it all worthwhile."