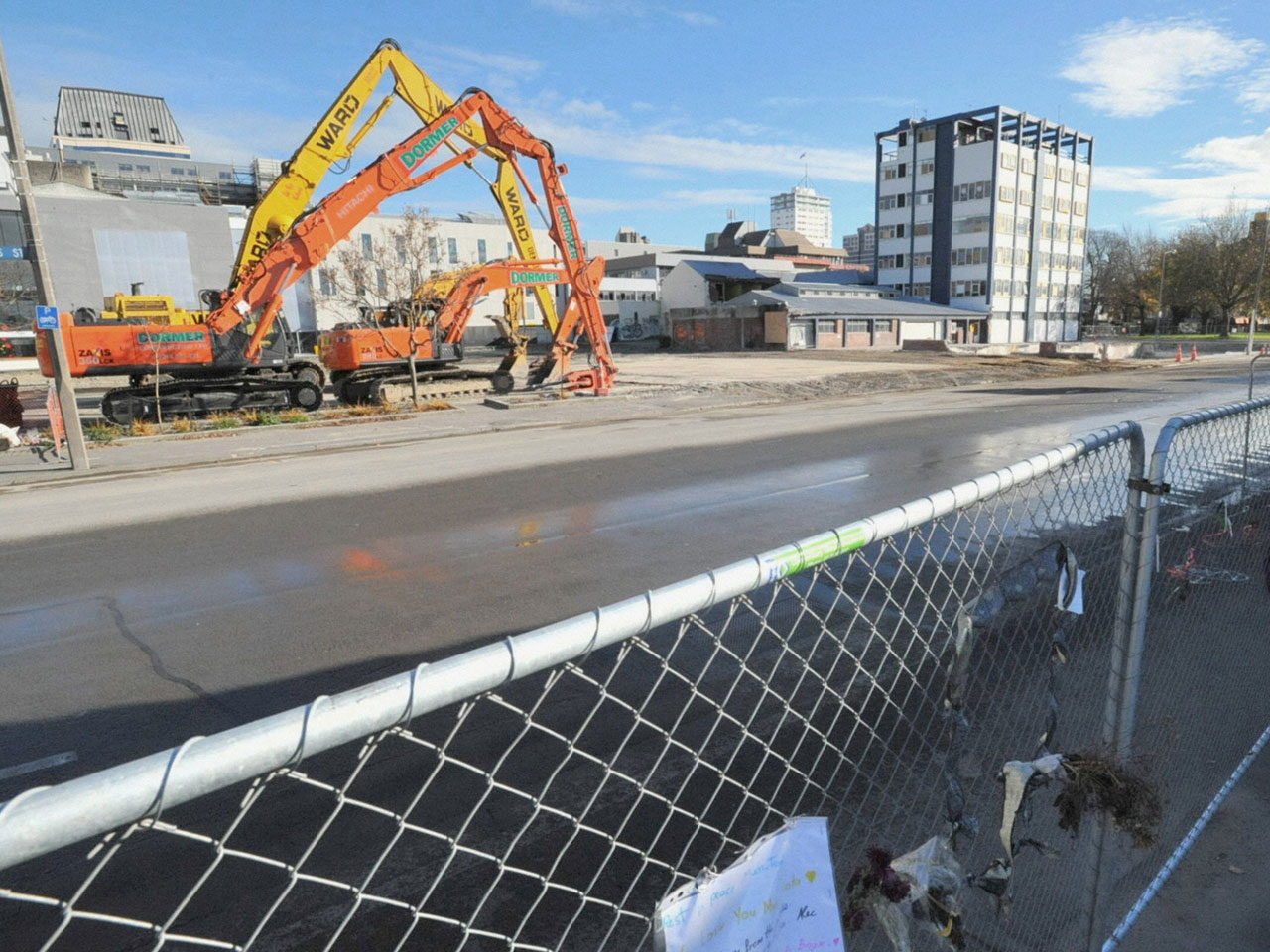 Bricks crashed down in the cordoned-off city center, where only workers have tread since it was devastated in February's major earthquake. About 200 people were there when the quakes struck Monday, and two were briefly trapped in a church. More than 40 people have been taken to hospitals with minor injuries from falling debris, the city council said.

"We are being enveloped with dust," Christchurch Mayor Bob Parker told New Zealand's National Radio. "It is very, very scary."

All across the city, people fled buildings in panic when a 5.2-magnitude quake struck during lunchtime; just over an hour later, a 6.0 hit, according to the U.S. Geological Survey. Smaller quakes were also recorded.

Several buildings were damaged in the central city and suburbs.

"All the shops have fallen down," said Renee Murray, who works at a Domino's Pizza in a suburb. "Half of the roof has fallen in (but) they have not fully collapsed."

Thousands of aftershocks have followed the 6.3-magnitude quake that killed 181 people on Feb. 22. That tremor and its aftershocks have been very shallow, which along with proximity to the city, have made the quakes very destructive. Monday's temblors were six miles deep, according to the USGS.

About 47,000 homes in the city's eastern suburbs were without power Monday night, when temperatures were expected to approach freezing. Rocks tumbled down hills in the area, which was among the hardest hit in February, and silt bubbled from the earth — a process known as liquefaction that sometimes happens during a quake.

After the February quake, 300,000 tons of silt had to be scraped away, and the silt alone made thousands of homes uninhabitable.

On one road Monday, an SUV tipped front-first into a sinkhole that opened in the tarmac. A police car sank into another.

Roger Sutton, chief executive of the Canterbury Earthquake Recovery Authority, said the extra damage to the city center means some buildings that had been salvageable "are now seriously damaged and will have to be brought down."

The group's demolition manager "was driving (during the 6.0 quake), and there were buildings coming down in front of him, coming down behind him," Sutton said. "He's very lucky to be alive."

Two people who were injured were salvaging windows from St. John's Church when the facade, the last wall standing after February's quake, collapsed. Police said they were rescued and taken to a hospital with cuts and bruises.

Another building nearby fell, according to police, and the dean of Christchurch Cathedral said the collapse