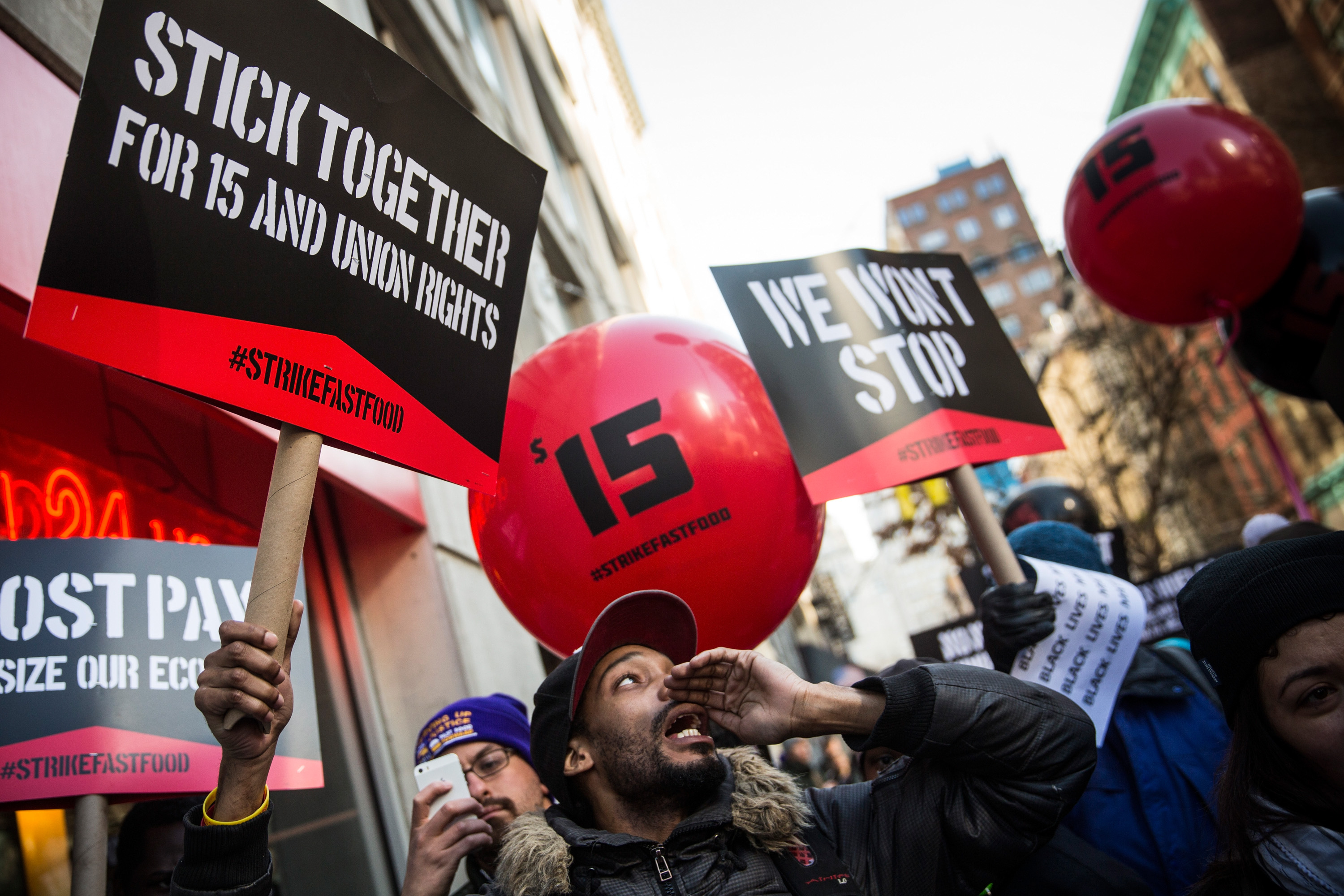 ALBANY, N.Y. -- New York's plan to give fast-food workers a $15 minimum wage is spurring similar efforts in states around the country - even as Gov. Andrew Cuomo's push to enact an across-the-board $15 wage faces vocal opposition at home.

In a campaign modeled after the successful push by fast-food workers in New York, groups in 18 states are creating citizen "wage boards" to pressure elected officials to raise the minimum wage. While the boards have no legal or governmental power to raise the wages themselves, they reflect the increasingly potent political muscle of low-wage workers.

"New York has done yeoman's work. It's one of the states that is leading the way," said Michigan state Sen. Bert Johnson, D-Detroit. "It's a growing conversation around the country. Other states show that this can be done."

New York became the first state to enact a $15 minimum wage - though the one approved by Cuomo's administration last month applies only to fast-food workers at chain restaurants. Cuomo bypassed the Legislature by having his labor commissioner appoint a state Wage Board to recommend the increase.

The Democratic governor said he will push to raise the minimum to $15 for all industries - something that will almost certainly require legislation. The state minimum is now $8.75 and was already set to rise to $9 at year's end.

Restaurant owners continue to mull a legal challenge to the larger increase, saying it is unfair and should have gone through the Legislature. Business groups, meanwhile, are preparing for a fight in the state Capitol over Cuomo's broader proposal. The Business Council of New York State, an influential organization of state business leaders, this week estimated that raising the wage to $15 for all workers would increase total private sector labor costs by $15.7 billion a year.

New York is one of just a handful of states that allow a governor to raise the minimum wage without legislative approval. Cuomo is expected to seek legislation to enact a phased-in $15 minimum for all workers - a move likely to run into sharp opposition in the Republican-led Senate.

"I don't consider it a foregone conclusion at all," said Ken Pokalsky, vice president at the Business Council. "I'm still expecting legal challenges (to the fast-food wage increase) that will shape what the Legislature does. No state has anything close to $15 now. There is a lot that must be looked at in a serious way."

The push for a $15 minimum began in West Coast cities such as Seattle, Los Angeles and San Francisco, all of which are now phasing in the higher wage over multiple years. Labor groups are seeking to put a referendum on a statewide $15 wage on the ballot next year in California. Campaigns are also underway in states where a $15 wage faces much greater political challenges, including Missouri, Arizona, Colorado and North Carolina.

"We're not going to stop until we get our $15," said David Bates, an 18-year-old McDonald's worker in New Orleans who is part of a "fight for $15" push in his city. "I would be able to go back and finish high school, pay bills and have money to provide for myself. It may take a while, but they are hearing our voices."