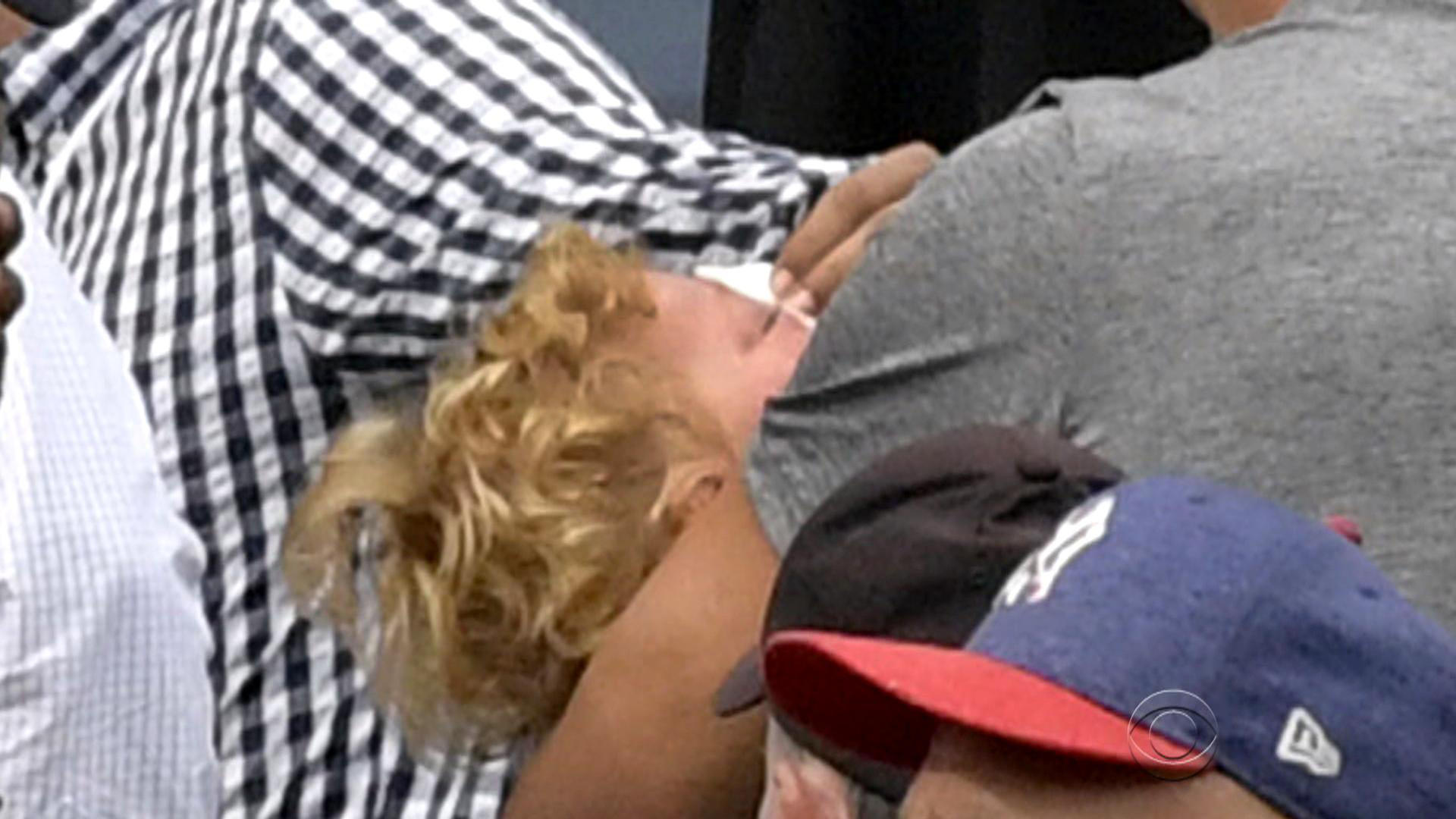 NEW YORK -- It was a frightening moment at Yankee Stadium Wednesday afternoon when a young fan was hit by a foul ball and taken to a hospital.

The incident is certain to reignite a debate over ballpark safety.

The foul ball flew off the bat of Todd Frazier and down the third-base line -- hitting the young girl.

Players looked upset and stunned. Frazier took a knee and lowered his head as the game was delayed for about 4 minutes.

It's the latest in a string of incidents that resulted in fan injuries. In 2015 in Boston, a line drive slammed right into Stephanie Wapenski leaving the die-hard Red Sox fan with more than 30 stitches.

A month earlier, fan Tonya Carpenter suffered life-threatening injuries there after being hit by a broken bat.

The Yankees said earlier this year it was "seriously exploring" extending its protective netting for 2018. Right now, the nets only reach to the home plate side of each dugout.

In December of 2015, Major League Baseball recommended to teams that they "implement ... netting that shields from line-drive foul balls all field-level seats that are located between the near ends of both dugouts."

"Every stadium needs to have nets. That's it. I don't care about the ... damn, view of the fan, or what," Dozier said. "It's all about safety. I still have a knot in my stomach, I don't know if you guys saw it, but we need nets or don't put kids down there."

In a post-game press conference, Yankees manager Joe Girardi said he was briefed by his security team, which said the little girl was doing OK.

The Yankees also released a statement saying: "The child who was struck with a batted ball today was given first aid at the ballpark and is receiving medical attention at an area hospital. The federal Health Insurance Portability and Accountability Act, known as HIPAA, prevents the team from giving more information. We will have no further comment at this time."