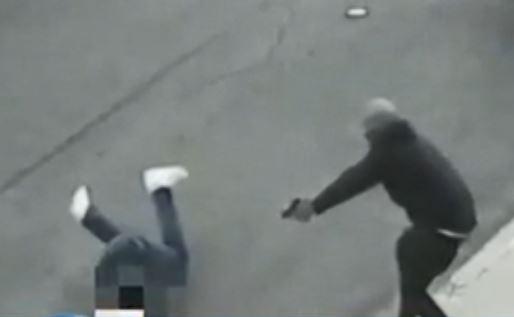 NEW YORK — Police in New York City have released new video of a daylight shooting, allegedly targeting the son of a reputed mob associate, reports CBS New York. Police say a gunman opened fire around 6:30 a.m. Wednesday while the victim was standing near a vehicle in the Throgs Neck section of the Bronx.

Sources tell CBS New York the shooting victim is Salvatore Zottola, the son of a reputed mafia associate. Police couldn't confirm that the shooting was mob-related.

In the video, a red Nissan sedan is seen pulling up, and a suspect opens fire from the front passenger seat. The 41-year-old victim tries to escape by rolling on the ground to avoid the bullets.

The suspect is seen getting out of the passenger seat, chasing the victim and firing three more shots before fleeing.

Zotolla suffered gunshot wounds to his torso and hands and graze wounds to his head, but survived. He was rushed to the hospital in critical but stable condition.