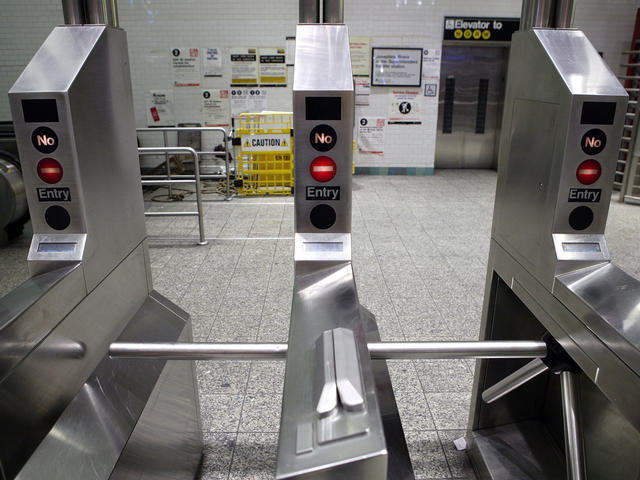 (CBS/WCBS) NEW YORK - Police say a woman was stabbed in the head with a pen by a homeless man during the Tuesday morning rush at a New York subway station, after she reportedly tried to stop him from smoking marijuana.

According to CBS affiliate WCBS, the woman confronted the man about smoking on the train as it pulled into the station in Tribeca. The New York Post reported that the man was smoking a joint.

After the alleged attack, witnesses held the man until officers arrested him.

Subway riders who spoke with WCBS said they were shocked to hear about the incident.

"I think it's absolutely bizarre. I've never heard such a crazy story that happened in the subway," a man told the station.

The woman was taken to a downtown hospital in stable condition. The man was arrested.