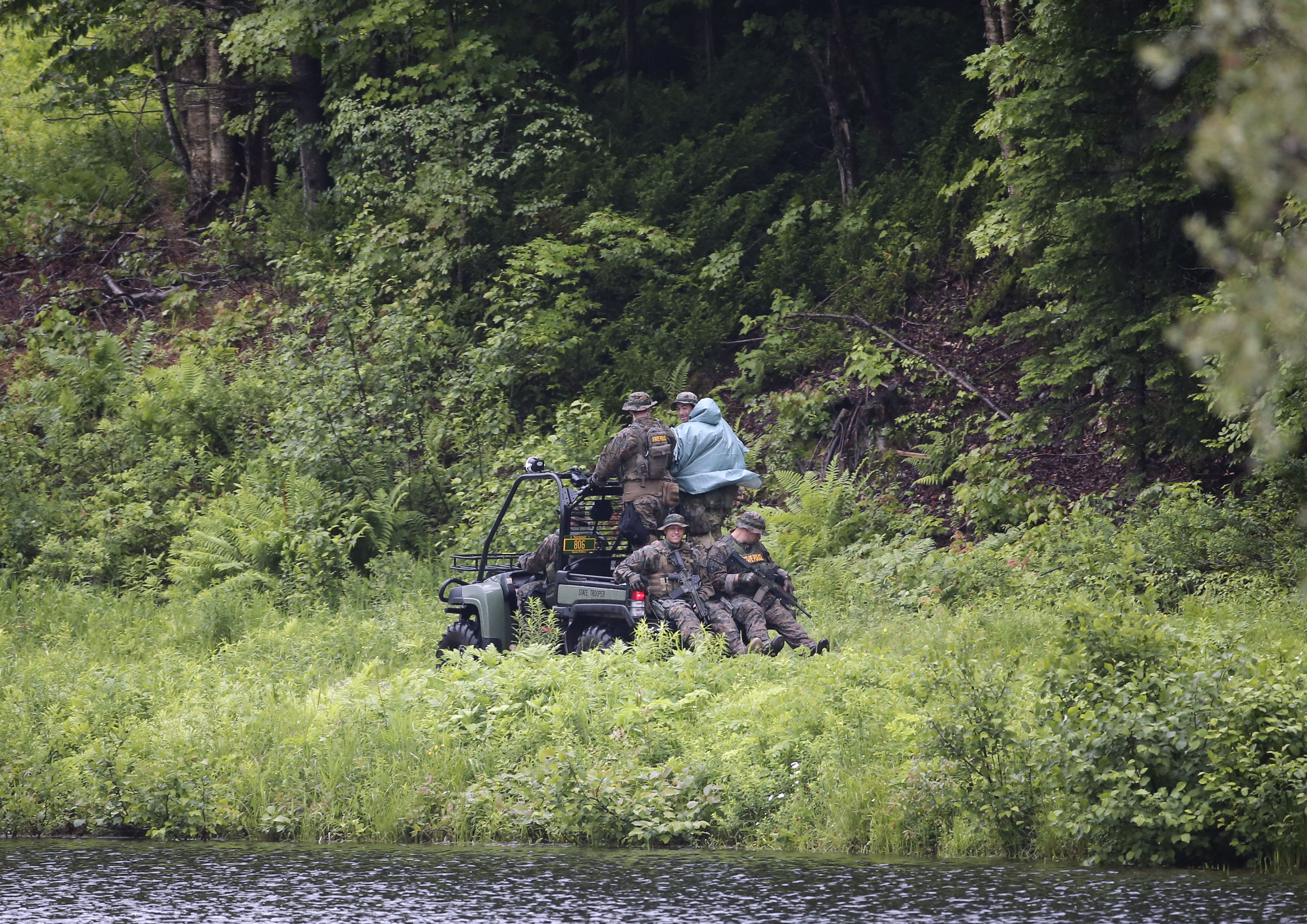 Wylie also said Gene Palmer, the suspended prison guard who has been questioned by officials over his possible role in the escape, told investigators he did not know about that alleged contraband.

It has also become evident Matt never served in the Marines, despite a military-style tattoo on his shoulder.

Since the jailbreak, the two men have left little trace, but CBS News learned Matt and Sweat left behind a pair of boots and bloody socks with DNA in a rural cabin on a remote hunting camp.

The land is leased by a group of corrections officers, according to a local newspaper, the Press-Republican.

The search is now focused on the area surrounding the hunting camp.

Authorities believe the two men are still together and in the area. Investigators have asked for the public's help and they are taking every lead seriously, scrambling resources to locations where possible sightings are reported.

The region is under seige. Hundreds of searchers combing through woods, knocking on doors and circling in helicopters.

"It's very comforting to know we have so many law enforcement people that are willing to put in all this time," Heidi Kendrick Souci said.

Franze Fredericks lives near Titus Mountain, a community where people are on edge as it becomes the new ground zero in the hunt for the escapees.

"They kept circling and circling, you know, and that's what made me nervous," Fredericks said.

He said the woods stretch for miles and the escapees could be anywhere.

"They could be real close and we're up alone," Fredericks said.

While officials continue to comb through the dense, unrelenting stretch of forest, new york governor Andrew Cuomo remains hopeful, saying he believes the authorities "will get these guys."