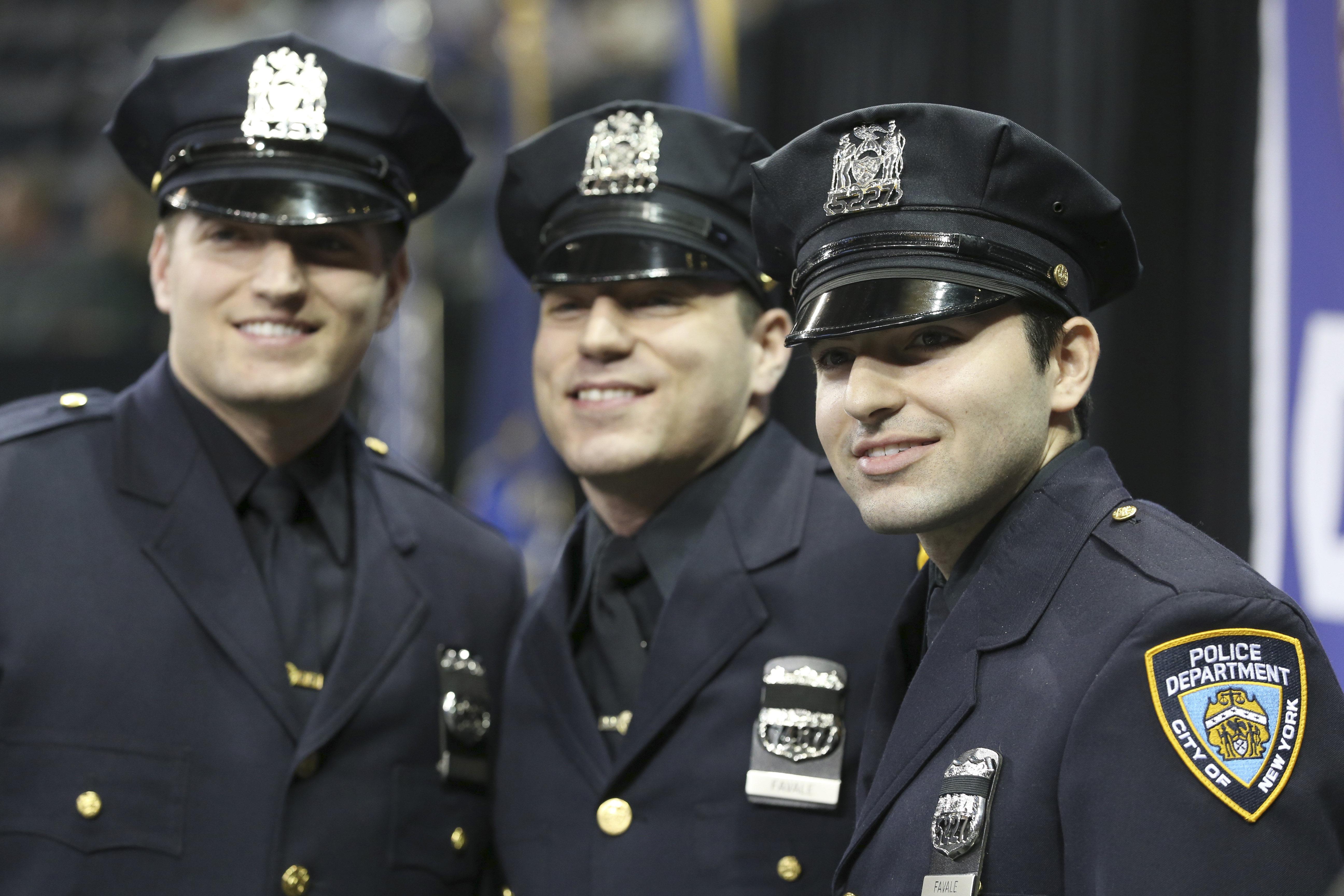 NEW YORK -- The New York Police Department is welcoming 1,123 new officers -- and for three of them, the job is all in the family.

Brothers Alec, John and Stephen Favale were among Tuesday's graduates at a ceremony at Madison Square Garden. And cheering them on was their dad, Deputy Inspector Anthony Favale.

Mayor Bill de Blasio saluted all the cadets for joining the nation's biggest police department. He added special thanks to the Favales for their "family tradition" of service.

They say they're proud of their dad's 30-year police career. But Stephen Favale adds the NYPD brothers are "just like everybody else who graduated" after working hard.

Anthony Favale says it "feels amazing" to have three sons join the police force at once.

The new class swells the ranks of the department to 36,000 -- the highest number in decades, CBS New York reported.

Additional police officers are being trained to deal with new anti-terror strategies and will be in special, first-response units.