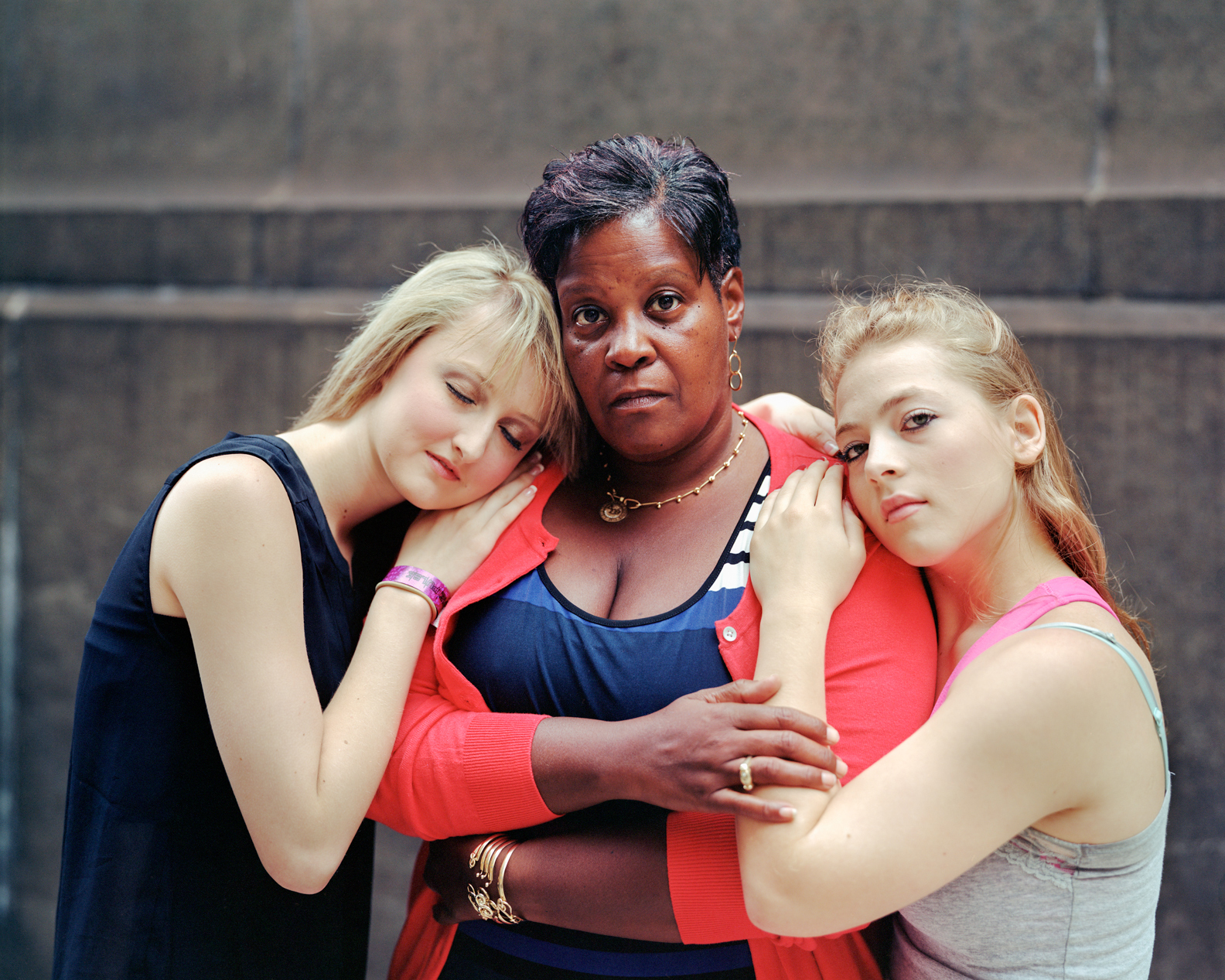 NEW YORK -- Forty-five-year-old Richard Renaldi is looking for someone -- two someones, actually. Two total strangers who were meant to be together, if only for a moment.

"They're not exactly sure what they just signed up for, and people are a little nervous at first," Richard says.

Richard is a New York photographer working on a series of portraits. For each shot he grabs strangers off the street -- like Jenny Wood, an airline employee from Virginia, and Dominek Tucker, a college student from Brooklyn -- and poses them like adoring family.

Richard calls the project "Touching Strangers." He started shooting it six years ago and now has hundreds of portraits of these unlikely intimates.

Some of the photos -- you'd never know, they'd never met, while others capture quite well the inherent awkwardness of cuddling a random dude.

Even when the subjects seem eager, their body language often concedes a certain hesitance, at least at first. Ten minutes later, though, it's like Thanksgiving at Aunt Margret's.

And that's the really weird thing. Yes, Richard puts the people in these poses, but the sentiment that seems to shine through is real -- at least so say the subjects.

At first, Brian Sneeden, a poetry teacher, saw no rhyme or reason for posing with 95-year-old retried fashion designer Reiko Ehrman, but eventually he, too, felt a change.

"I felt like I cared for her," Brian says. "I felt like it brought down a lot of barriers."

Pretty much everyone shared that same sentiment.

"It was a good feeling," says Dominek Tucker.

Adds Jenny Wood: "And it was nice to feel that comfort."

"Everyone seems to come away with kind of a good feeling," Richard says. "It's kind of lovely. It's lovely."

Most photographers capture life as it is, but in these strangers, Richard Renaldi has captured something much more ethereal and elusive. He shows us humanity as it could be -- as most of us wish it would be -- and as it was, at least for those one fleeting moments in time.