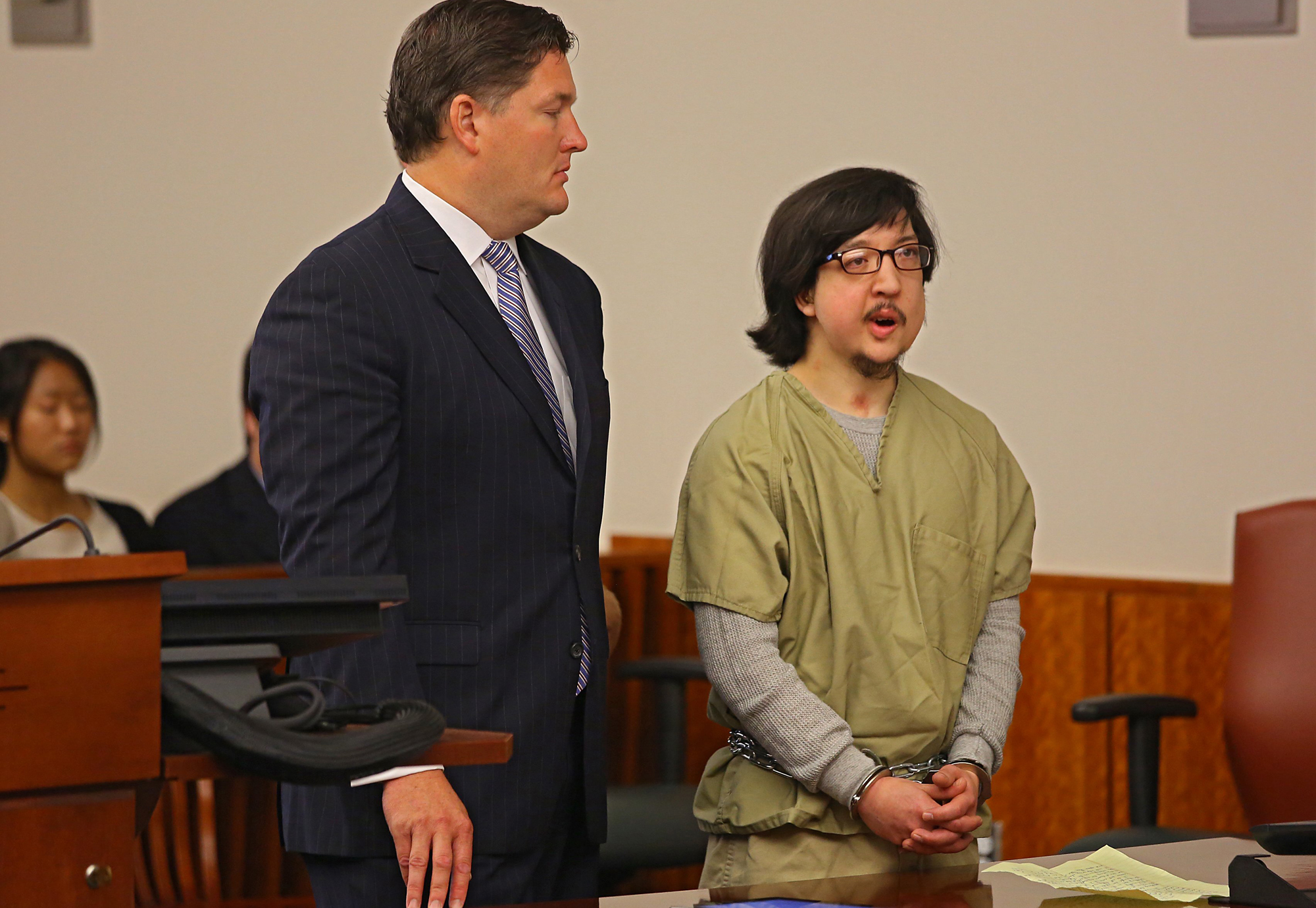 SYRACUSE, N.Y. - A New York man has been sentenced to life in prison without parole for raping a girl and killing her mother after cutting off his ankle monitor last year.

David Renz was sentenced Friday in Onondaga County Court after a judge said he hoped the penalty would comfort the victims' family.

The 30-year-old had pleaded guilty to first-degree murder, admitting that he carjacked the woman and her 10-year-old daughter on March 14, 2013. Renz stabbed and strangled the mother as she tried to stop him from raping her daughter.

He had been under federal monitoring on child pornography charges but cut off his ankle device. Renz was sentenced earlier this year to 30 years in federal prison for possessing more than 11,000 images and 1,100 videos of child pornography.

Authorities say Renz attacked the woman, a school librarian, and her daughter after they left a gymnastics class at a mall in the Syracuse suburb of Clay. Police said he used an air pistol to force the woman to drive her car to a remote section of the mall's parking lot, where he bound both of them and raped the girl.

Prosecutors say Renz was trying to use cable ties to bind the woman to a headrest in her car when she fought back and shouted for the girl to bolt from the vehicle. As the girl ran off and was rescued by a passing motorist, her mother was strangled and repeatedly stabbed in the head and chest, officials said. Renz was captured by police shortly after.

Weeks after the attack, a report by a federal judge found that the officers failed to do monthly checks on Renz that would have included inspection of the bracelet. Federal probation officers in Syracuse who were monitoring Renz were fired or demoted.

Can a 911 call decide the fate of a doctor charged with wife's murder?