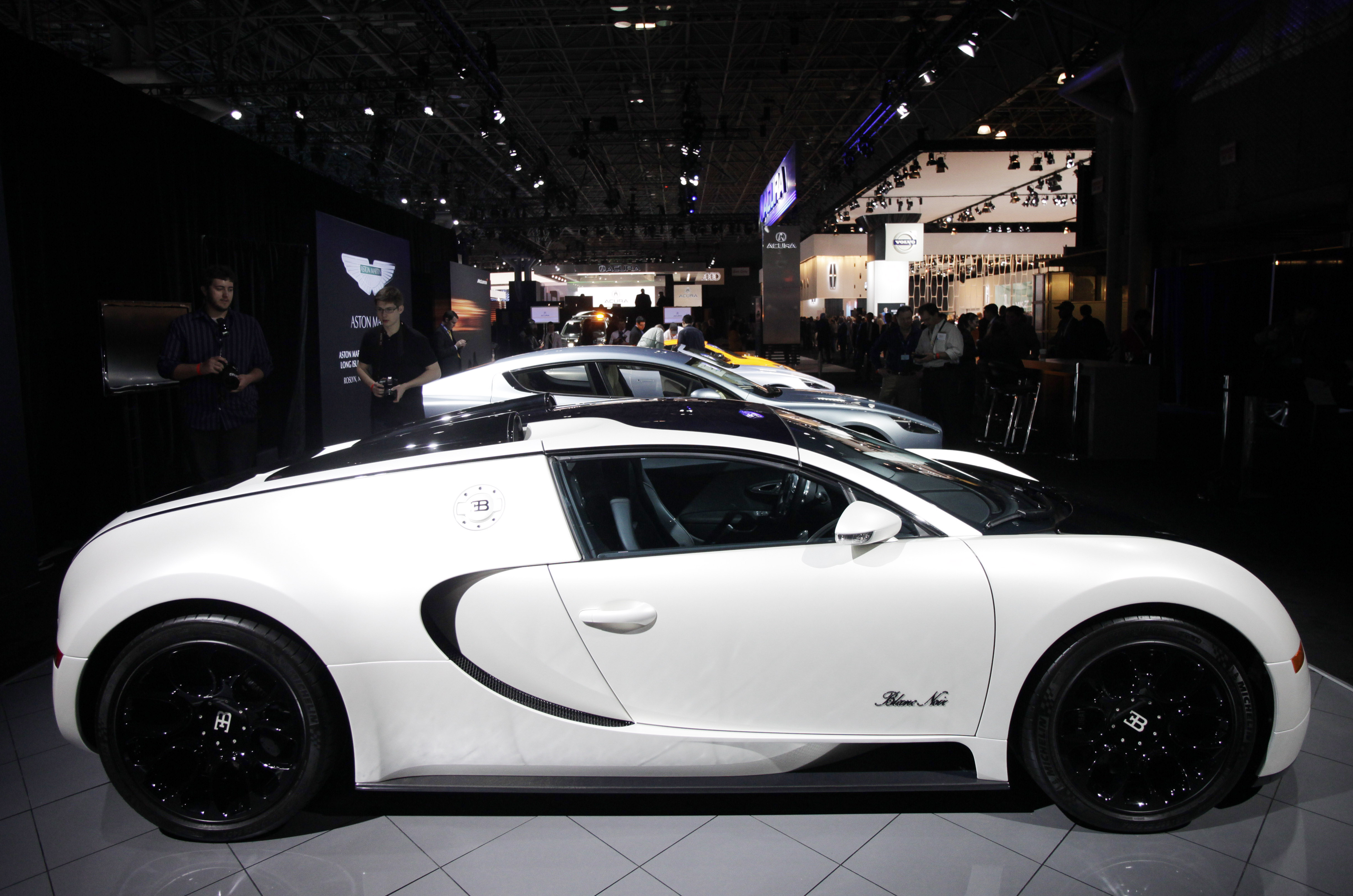 (CBS New York) - The New York International Auto Show opens Friday as a showcase for auto manufacturers, displaying everything from classic cars to cars that fly.

More than 1,000 new cars will be showcased at the this year from 43 different manufacturers, reports CBS New York.

"We have cars that are as inexpensive as $12,000 to some of the most expensive vehicles that there are," Mark Schiemberg, president of the Greater New York Automobile Dealers Association, told CBS New York's Vanessa Murdock.

The most expensive vehicle on display is an original Shelby Cobra, which debuted at the auto show 50 years ago. Even with worn out seats, the price tag is $25 million.

The most fuel-efficient is the all-electric Nissan Leaf.

"You have a zero emissions car, no tailpipe, no pollution," said Ken Paul of Nissan North America. "That on a full battery charge, will take you 100 miles of driving."

Able to race at 253 miles per hour, the Bugatti is the fastest, not just here, but in the world. It can go from zero to 60 in 2.5 seconds, but to take hold of the wheel will set you back nearly $2 million.

But perhaps the most unusual is the Terrafugia Inc. Transition, a flying car prototype.

"This is a two-seater airplane, can fold up its wings in less than a minute, drive down the road and park in the garage," explained Carl Dietrich, CEO of Terrafugia.

The Terrafugia, an airplane that's legal to drive on the street, is on display at the 2012 New York International Auto Show - the first time it has been shown alongside conventional cars.

Believe it or not, it's actually street legal and could land in a town near you next year, priced at $279,000.