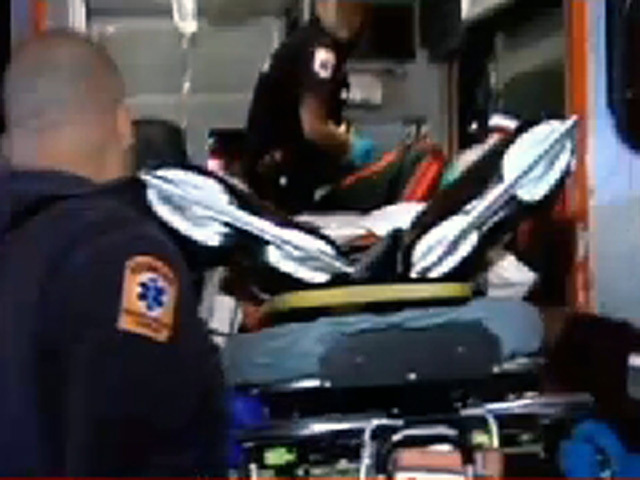 (CBS/AP) NEW YORK - A 16-year-old opened fired at a crowded Manhattan ice-skating rink, leaving two people wounded and blood splattered across the ice, after attempting to rob one of the victims of his coat, police said Sunday as they arrested the teen on an attempted murder charge.

Authorities said a 14-year-old boy was struck in the back and a 20-year-old man was hit in the arm as the shooter opened fire in the popular park in midtown Manhattan, behind the main building of the New York Public Library. Neither injury was believed to be life-threatening.

Authorities said the shooter had approached the 20-year-old man at the Bryant Park rink and demanded his coat. The man refused to hand it over, and the shooter left. Police say the shooter then returned and started firing.

Police believe the 20-year-old was the intended target and that he did not know the suspect. They said the 14-year-old boy was just an innocent bystander.

The suspect, who  will be charged as an adult, was also arrested on charges of assault, criminal possession of a weapon and reckless endangerment, police said.

The rink opened its doors again Sunday and was again filled with skaters and other visitors enjoying the pre-holiday vendor shacks and eating at outdoor tables.

Many had no idea there had been a shooting the night before.

Bustling with activities ranging from movies on the grass in the summer to concerts and special events year round, Bryant Park draws both New Yorkers and out-of-towners.

Some sit in enclosed restaurants nestled in back of the library, overlooking the greenery.

Joe Carella, a spokesman for Bryant Park Corporation, the not-for-profit company that manages the park, said there were about 300 people on the ice at the time of the shooting.