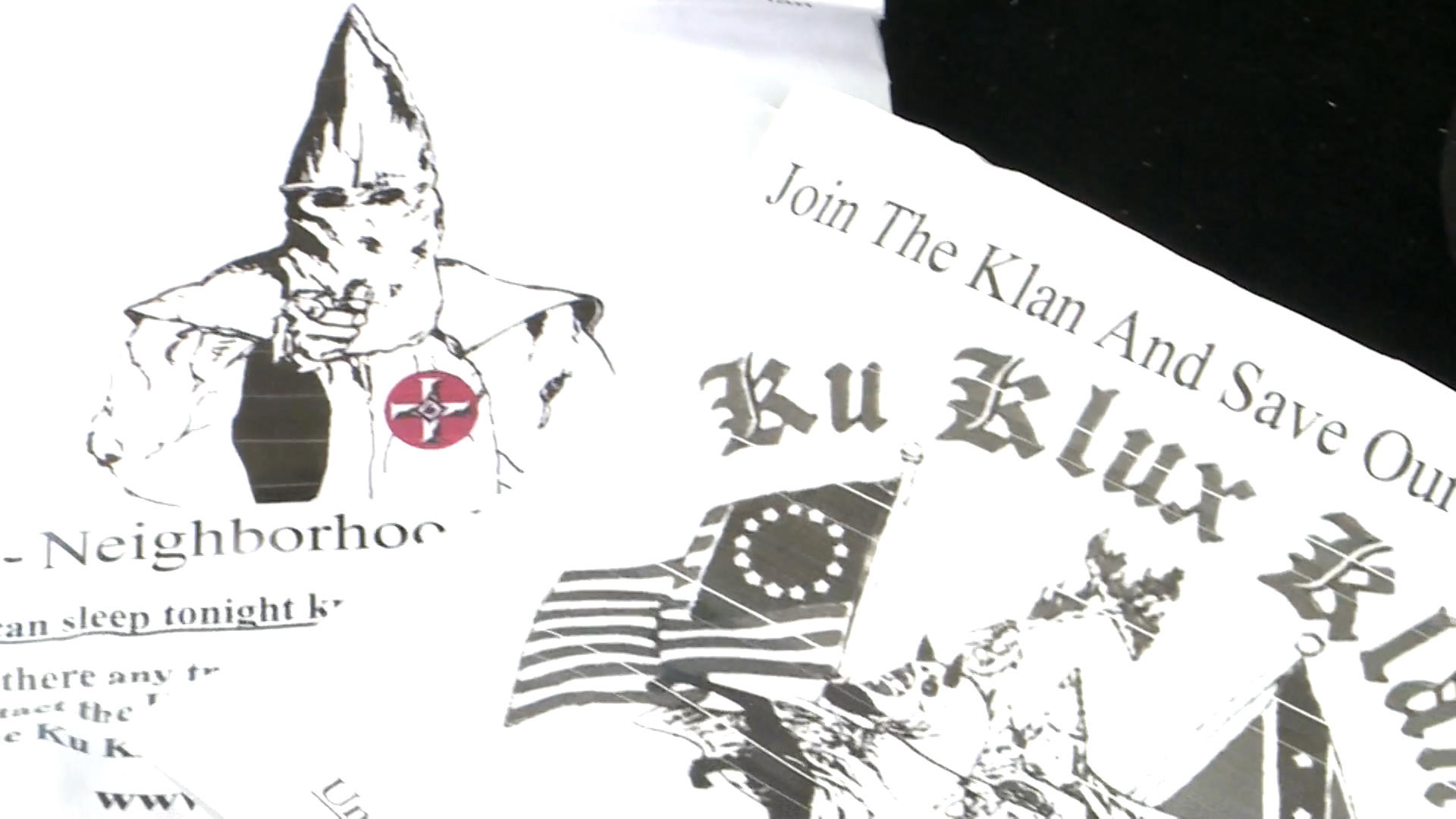 ALBANY, N.Y. -- New York Gov. Andrew Cuomo says an investigation is being launched into the distribution of Ku Klux Klan materials in several counties across the state this year. The governor said Friday that he has directed state police to investigate white supremacy flyers being distributed in a number of communities, most recently in Oneida County in central New York. CBS affiliate WTVH reports the flyers have been distributed three times in the Syracuse-area county since May.

The Oneida County Sheriff's office says packets containing printed information about the United Northern & Southern Knights of the Ku Klux Klan were left at the end of multiple driveways in Rome, New York, sometime between 4 a.m. and 6:30 a.m. on Thursday.

Resident Mark Ebensberger told the station he found a plastic bag in his driveway Thursday morning that had been weighted with sand. Inside, he found KKK propaganda fliers, which read in part, "Neighborhood watch... You can sleep tonight knowing the Klan is awake!"

Community members told PIX11 News the packets distributed in nearby Westmoreland in May contained candy bars and were left in the early morning hours in areas where children board their school buses. Deputies say residents there also reported finding weighted Ziploc bags with the flyers inside them soliciting membership in the United Northern & Southern Knights of the Ku Klux Klan.

"Our feeling was that the children (were) being targeted — at least the high school and middle school kids in that age group," Denise Szarek, a member of the Westmoreland Board of Education, told the station.

"I know that racism does exist in society, but I'm horrified to the fact that they're so comfortable as to come through in the middle of the night," Manion said.

Speaking to WTVH, Oneida County Sheriff Sheriff Rob Maciol said he and his deputies in no way support racism, or groups that promote it. But he said the flyer distribution falls under protected speech and doesn't constitute a crime.

"I am very sensitive to those in the community that just the mention of the KKK causes anxiety and anger, but the U.S. Constitution protects their right to free speech," Maciol said in a statement. "If the actions of this group turns to soliciting people to commit violent acts, or they cross the line and break the law, the Sheriff's Office will not hesitate to file criminal charges against them."

Cuomo says he's directed state police to aide local departments and investigate who's distributing the materials and whether the aim is to promote or incite hate crimes. State Police will also be increasing local patrols to "monitor potential suspicious behavior," and sharing information with the state division of human rights and state intelligence center, a repository of statewide criminal intelligence, including information on hate crimes.

KKK materials have been distributed this year in Fulton, Saratoga and Oneida counties. White supremacy flyers were distributed in Patchogue on Long Island in 2016.