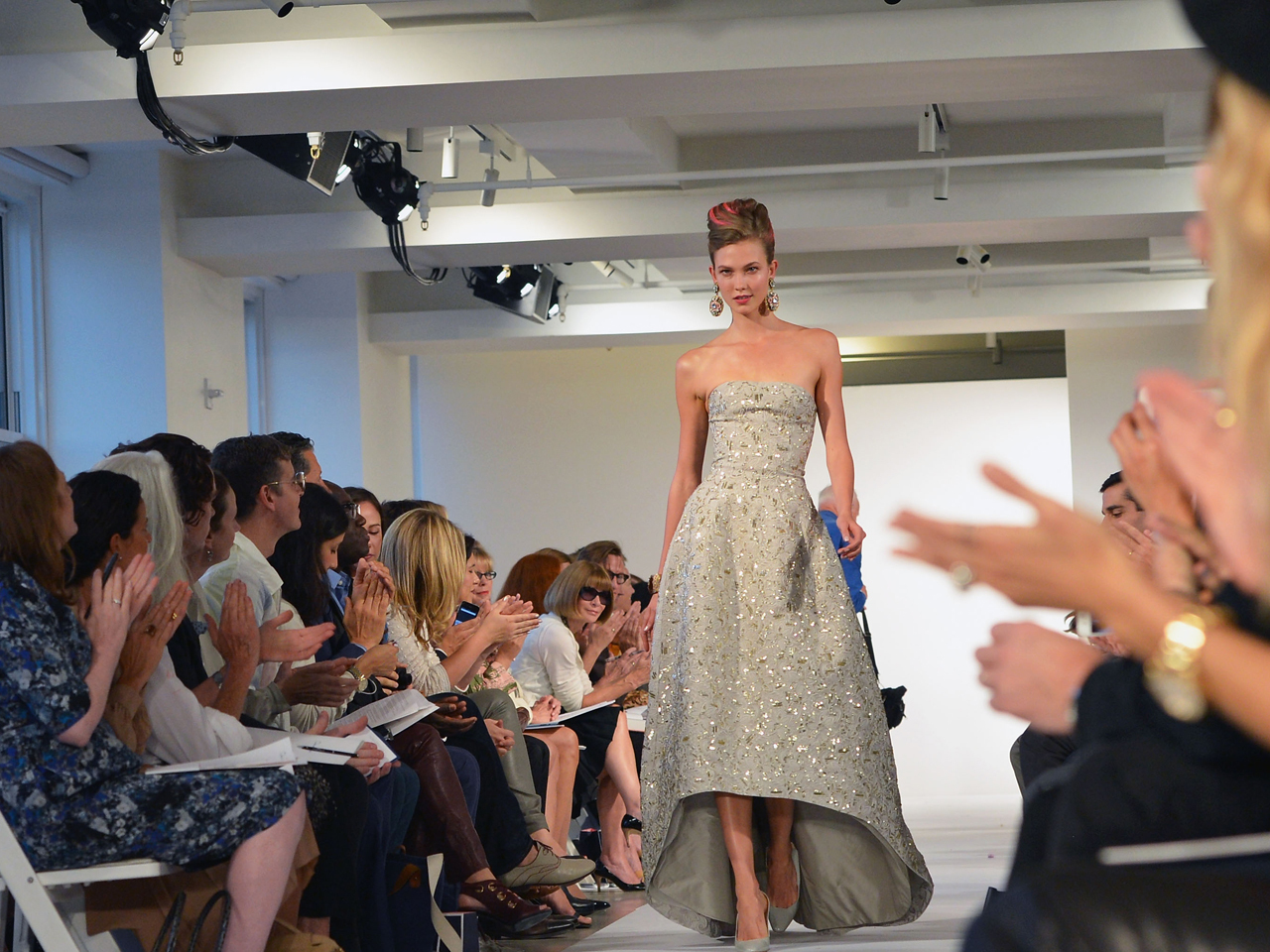 The long week of fashion saw collections from seasoned designers as well as newcomers, including actress Katie Holmes who presented her line Holmes & Yang on Wednesday.

The celebrities who once lined the front rows of these seasonal previews in party dresses have increasingly made their way backstage into positions of power.

Michael Kors' sunny disposition found a home in Southern California for the upcoming spring fashion season. He turned out an optimistic, cheerful and modernist collection that he said was inspired by the architecture, attitude and mostly the weather he enjoys every time he makes a trip to the West Coast.

"You could be sitting at the Beverly Hills Hotel, by the pool, and you could find this entire palette whether it's the palm green, the turquoise of the pool, the yellow of the sky - of the sun," he said in a backstage interview. "And I love all the architecture that we see whenever I go out to California. ... You're seeing a lot of that kind of geometry play into the collection here."

Stripes were strong, and he opened the show with a female model in a red-and-navy striped bodysuit with a zip-front navy skirt with a crisp white belt, while her male runway companion had on a green-and-navy striped pullover and striped pants. On later outfits Kors played with the proportion of the stripes, mixing thick and thin, and even horizontal and vertical.

Kors said he purposely included bright colors and fun details on clothes that, while technically for spring, get shipped in February.

At Oscar de la Renta, the designer went for a mix of modern while still maintaining his position as the godfather of uptown style, with latex and leather.

On his runway Tuesday evening, de la Renta equally paid homage to the decorative and frothy styles that have been his hallmark for more than four decades as well as the new technologies that keep fashion ahead of the pop culture curve.

One of the most remarkable looks was a two-piece dress made of ivory silk faille and with a feminine peplum around the hips that also featured a top layer of latex flower appliques that could have been the icing on the most delicious cake.

Leather has been a staple of this round of previews for editors, stylists and retailers, but de la Renta took the risk with latex, which actually seemed even lighter and more supple than the buttery leathers the crowd has seen.

The designer also showed his first full children's collection for spring on Wednesday, a garden party of floral and lace party dresses for girls and classic layered looks for boys.

Nanette Lepore delivered a colorful and snappy Spring 2013 collection, dominated by a brilliant shade of green she calls clover. "Greens were just feeling so fresh to me this season," she said.

The clover shade appeared in everything from jackets to tops to trousers to dresses to swimsuits, in solids and in prints. It was often accompanied by black and white, either in stripes or in checks.