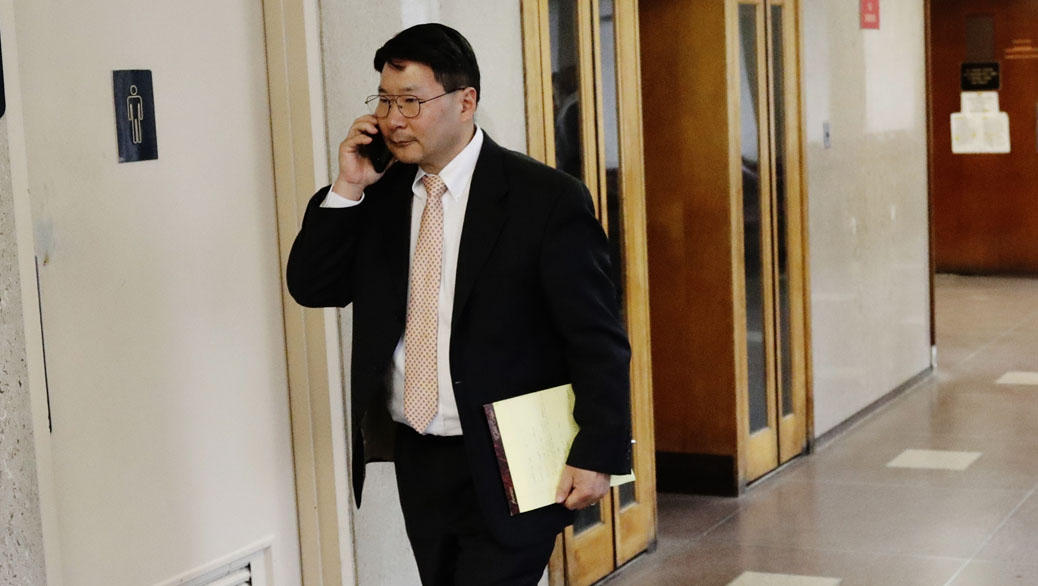 NEW YORK -- A New York doctor who says he's done 40,000 abortions is awaiting sentencing after pleading guilty to criminally negligent homicide in the 2016 death of a woman who was six months pregnant and bled to death. The case in Queens Criminal Court marks one of the rare legal instances of criminal prosecution of a doctor over a medical error, but Assistant District Attorney Brad Leventhal said that Dr. Robert Rho's mistakes went beyond civil malpractice.

"It's about greed and arrogance," Leventhal told jurors last week during closing arguments in the month-long trial. He said 30-year-old Jaime Lee Morales "bled to death because this defendant did nothing."

Rather than call an ambulance, prosecutors said, Rho released Morales for her sister to drive her home in the Bronx, despite signs she was in grave condition and had collapsed in a bathroom of Rho's clinic.

Morales fell unconscious in the car. Medics responding to a 911 call took her to the hospital, where she was pronounced dead.

Rho's attorney reached a plea deal with prosecutors Friday after jurors said they were deadlocked. It spares the 53-year-old physician from facing up to 15 years in prison on the original charge of second-degree manslaughter, equivalent to reckless homicide.

Instead, Rho admitted he was negligent with Morales' abortion, leaving her bleeding uncontrollably with a severed uterine aorta, ripped cervix and pierced uterine wall.

The lesser charge comes with prison time of up to four years. But Rho's attorney, Jeffrey Lichtman, says he may end up with only months in prison when he is sentenced on June 26.

Lichtman called it a "monumental victory."

Rho, who lives with his family in the Lake Success section of Great Neck, on Long Island, was arrested in October 2016, three months after Morales died. Morales, who lived in Buffalo, New York, had come to Rho's clinic in the Flushing section of Queens with her sister, desperate to get an abortion, for which Rho charged $6,000, witnesses said. She had only learned a week earlier that she was pregnant.

Profuse post-operative bleeding forced the doctor to perform another procedure that did not fix the damage, prosecutors said.

Lichtman said the botched abortion was a tragedy but was not a crime.

He said Morales never told Rho that she suffered from medical conditions that made her prone to more intense bleeding.

After her death, the doctor closed his clinic and surrendered his medical license.

Americans United for Life, an anti-abortion law firm and advocacy group based in Washington, issued a statement Friday saying that Morales' family "received some measure of justice," but added that its criticisms of Rho's practice extends to other abortion clinics.

Even before Morales' abortion, the doctor had been investigated by state officials over concerns that he was performing procedures improperly and using assistants who lacked medical training, witnesses said at the trial.

The last criminal prosecution in New York over a mishandled abortion was in 1995, when obstetrician David Benjamin was convicted of murder after a patient bled to death from a rip in her uterus during an abortion.

Philadelphia doctor Kermit Gosnell was convicted in 2013 of involuntary manslaughter after a patient got a fatal overdose of sedatives during an abortion. He also was convicted of murder for performing extremely late-term abortions, snipping the spines of infants born alive during the procedures.