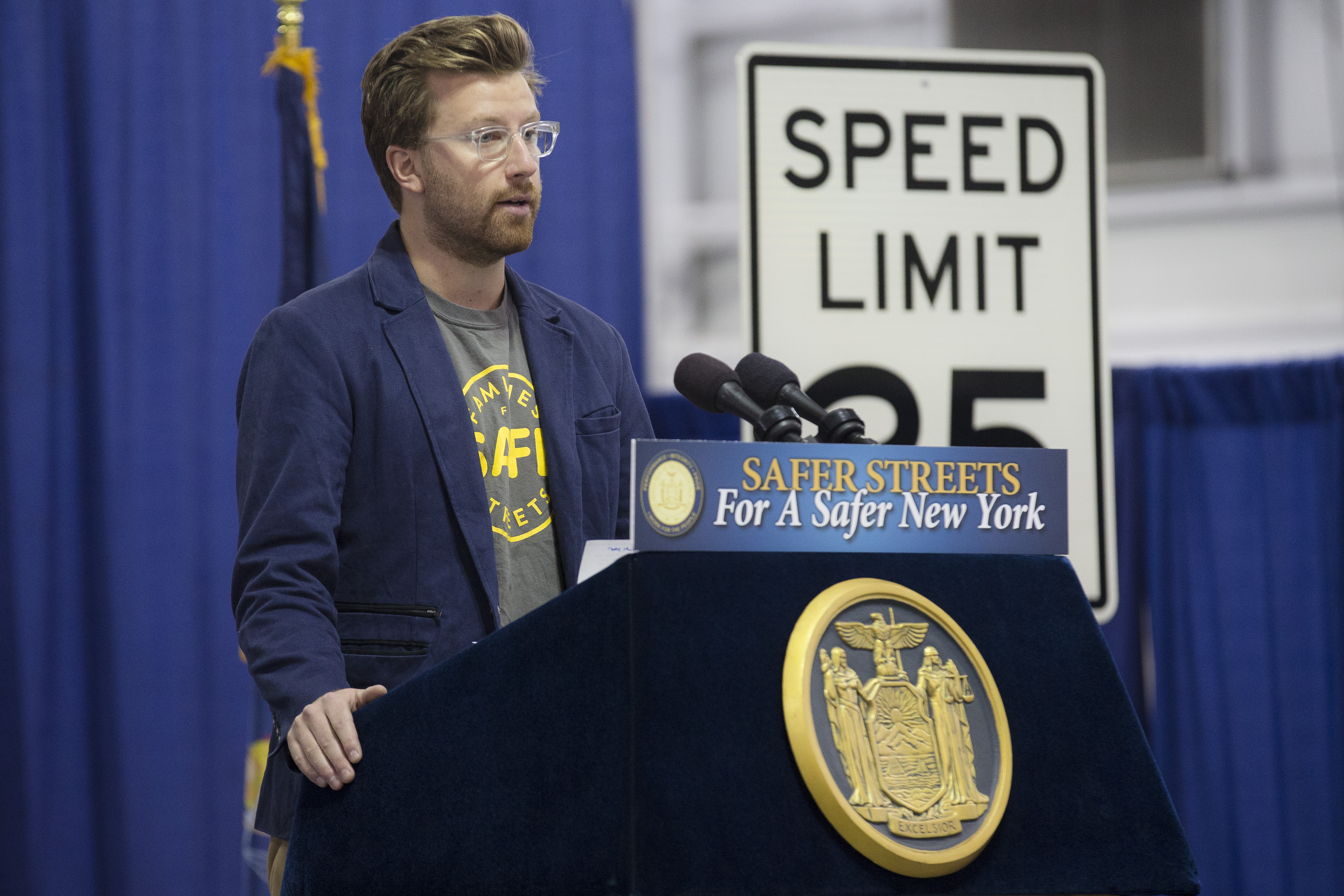 CBS New York reports that crews will be out Friday putting up new signs to replace those showing higher speed limits.

The new default speed limit applies to all streets where no other limit is posted. Highways and parkways will still have higher limits and school zones will have lower limits.

Department of Transportation Commissioner Polly Trottenberg said the first 89 signs will be going up at "key gateways to the city."

"Over the course of the next year, we are going to be putting up around 3,000 signs, so we really are going to try and make sure that New Yorkers are aware," she told WCBS 880's Rich Lamb.

"When you lower the speed limit from 30 to 25, if there's a collision, you cut in half the chances it will result in a fatality," Trottenberg said Thursday.

The deaths of pedestrians like 12-year-old Sammy Cohen Eckstein, who was killed by a speeding driver last October, prompted lawmakers and de Blasio to take action.

"I think there's a real consensus in this town that we need to have people drive more carefully, more safely and slower for the protection of our kids, our seniors," he told reporters Thursday.

But some drivers aren't happy with the new speed limit.

"I think it's just a catch 22 to make some more money for the city," Alberto Rodriguez said.

Many cabbies say slow driving angers passengers, but the alternative $150 ticket may make them think twice.

Others applauded the move.

"They're really fast out here, and they don't pay attention. It's kind of dangerous," Kassandra Ramirez said.

De Blasio also said he's been very pleased with the response to his "Vision Zero" plan, saying 24 fewer pedestrians have been killed so far this year in New York City.

But Robert Sinclair with AAA New York said the safety message may be watered down by a blanket approach, WCBS 880's Paul Murnane reported.

"We have seen recurring crashes, accidents, fatalities involving pedestrians, but at certain specific locations and we think the use of the lowered speed limits should be site specific," he said.

The DOT commissioner noted that the city's speed limit was 25 mph until the state Legislature increased it 50 years ago.

The city will also be recalibrating its thousands of traffic signals.