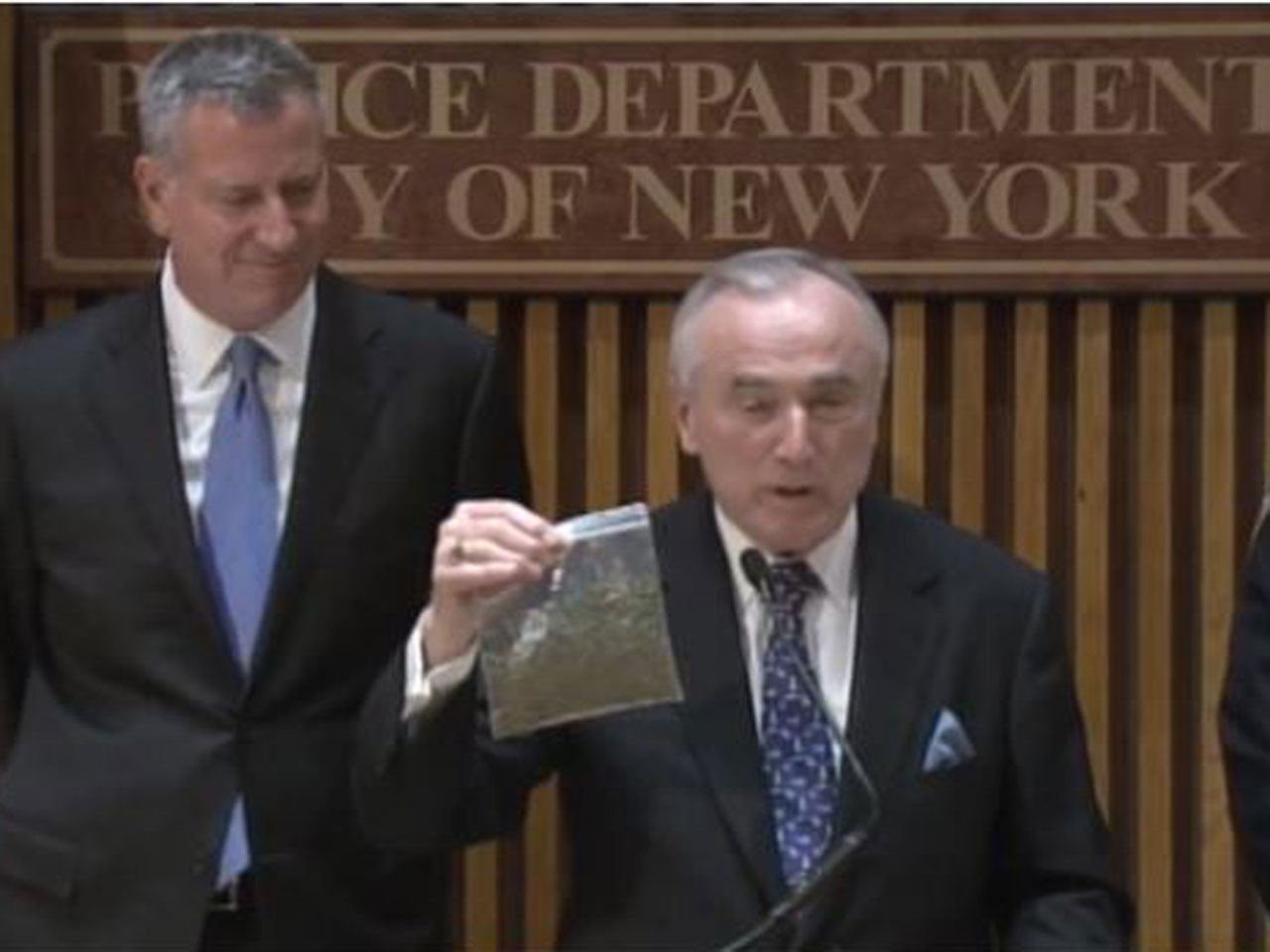 The NYPD has been making tens of thousands of arrests every year for low-level marijuana crimes, something that has drawn an outcry from activists. Last year alone, the NYPD arrested more than 28,000 people for marijuana possession.

NYC Mayor Bill DeBlasio said the city heard their cry and this is part of a broader effort towards "building a closer relationship" between the public and the police department.

"Black and Latino communities have been disproportionately affected" by the city's current marijuana policy, DeBlasio said.

According to a Queens College study, 86 percent of the NYPD arrests for marijuana possession in the first eight months of the year were blacks and Hispanics, reports CBS New York.

Police will now be able to just issue court summonses to people caught with up to 25 grams of weed, allowing them to continue on their way instead of being handcuffed and taken in for fingerprinting.

Bratton said people without proper identification, people with an outstanding warrant, or people actively smoking weed in public will still be subject to arrest. DeBlasio said the decision will still ultimately be up to the officer on the scene.

Not everyone in the NYPD is on board with the change. Sergeants Benevolent Association President Ed Mullins told CBS New York that it's the beginning of the crime-fighting pendulum moving backward.

"I see this as a very, very lax police atmosphere to which we're sending a message to the public that it's OK to do what you want to do on the street regardless of what the law says," Mullins said.

Mullins said the move is purely de Blasio backing off.

"I know what his argument is: It targets blacks and Hispanics disproportionately," Mullins said. "But what he's not addressing -- and what no one is addressing -- is that if this is an issue in a black and Hispanic community, ignoring it by not making arrests isn't helpful to the community."

The change appears to be part of a slow rolling-back of once-strict marijuana policy in New York City.

A 2012 report released by the Drug Policy Alliance, a non-profit group which advocates for drug policy reform, reveals that marijuana possession was the largest arrest category in the city in 2011, and that the number of these arrests had been increasing for seven years.

Under a 1977 New York State law, low-level marijuana possession is a non-arrestable offense unless it's in public view or burning. But critics say many of the arrests are the result of New York's "stop and frisk" policy, during which police will make people empty their pockets and then arrest them for having the drug out in public.