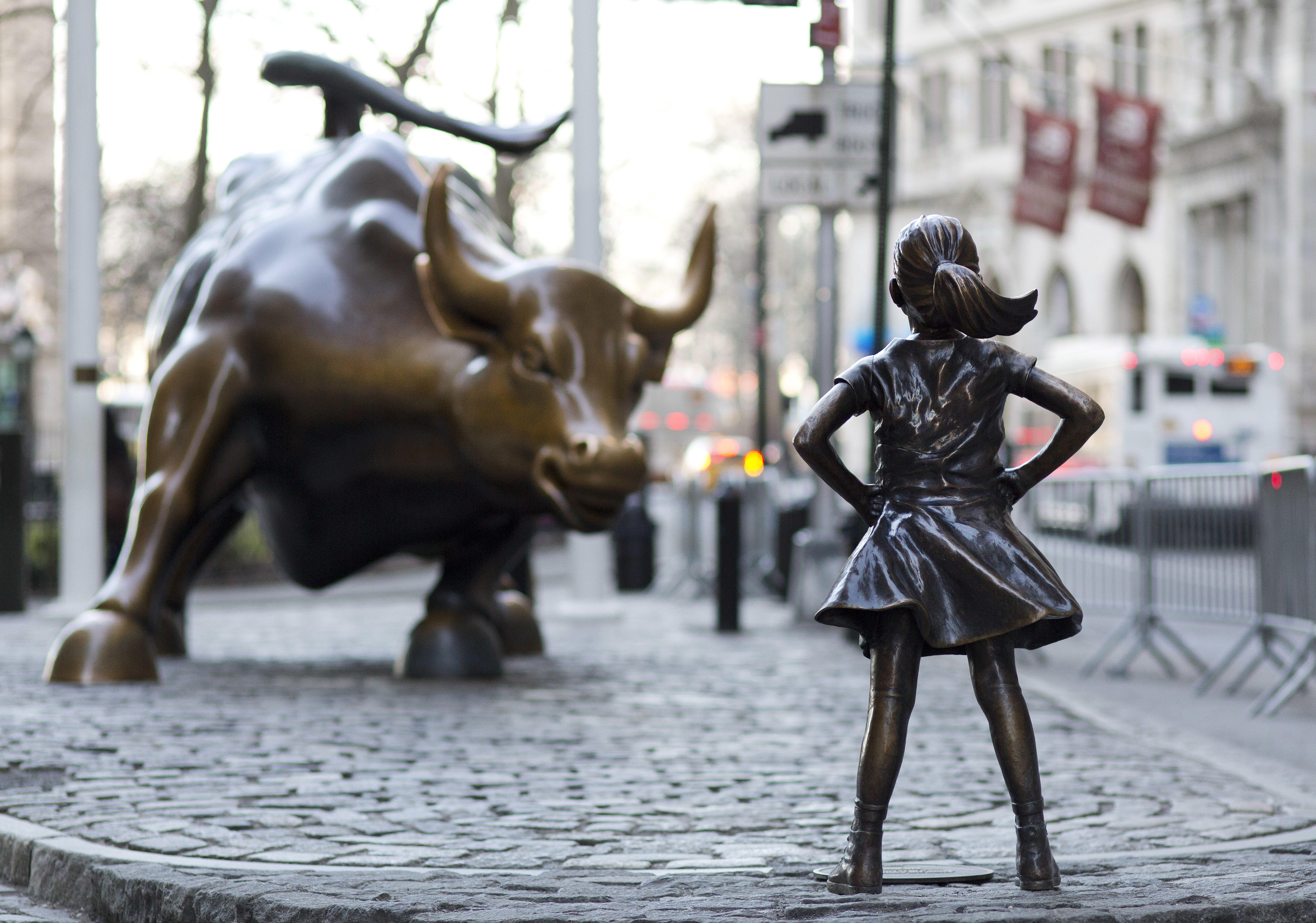 New York City's "Fearless Girl" and the Statue of Liberty might soon have some sisters. City officials have launched a new effort to commission public artworks and monuments honoring trailblazing women.

New York City's first lady, Chirlane McCray, and the city's department of cultural affairs kicked off the She Built NYC project and are asking for the public's help in nominating women or historical events to commemorate.

"Any walking tour of the five boroughs raises a big question: Where are all the women?" McCray said Wednesday, pointing out how many statues in the Big Apple honor men. "Finding monuments that honor women should not be a scavenger hunt."

"The people we celebrate in our public realm can either inspire young girls to dream big, or it can perpetuate the message that women have not contributed to society – something we know is untrue," Deputy Mayor Alicia Glen said in a statement.

"This is a day we finally start putting women where they belong — on pedestals," Glen said.

New York's cultural affairs department has committed up to $10 million over the next four years to build new monuments across the city. An advisory board of mostly women will sort through the nominations, which will be collected until August 1. The city plans to announce the subject and site of the monument by January 2019.

"Fearless Girl," which has become a a global symbol of female tenacity and an internet sensation, is expected to be moved by the end of the year to a permanent home at the New York Stock Exchange.