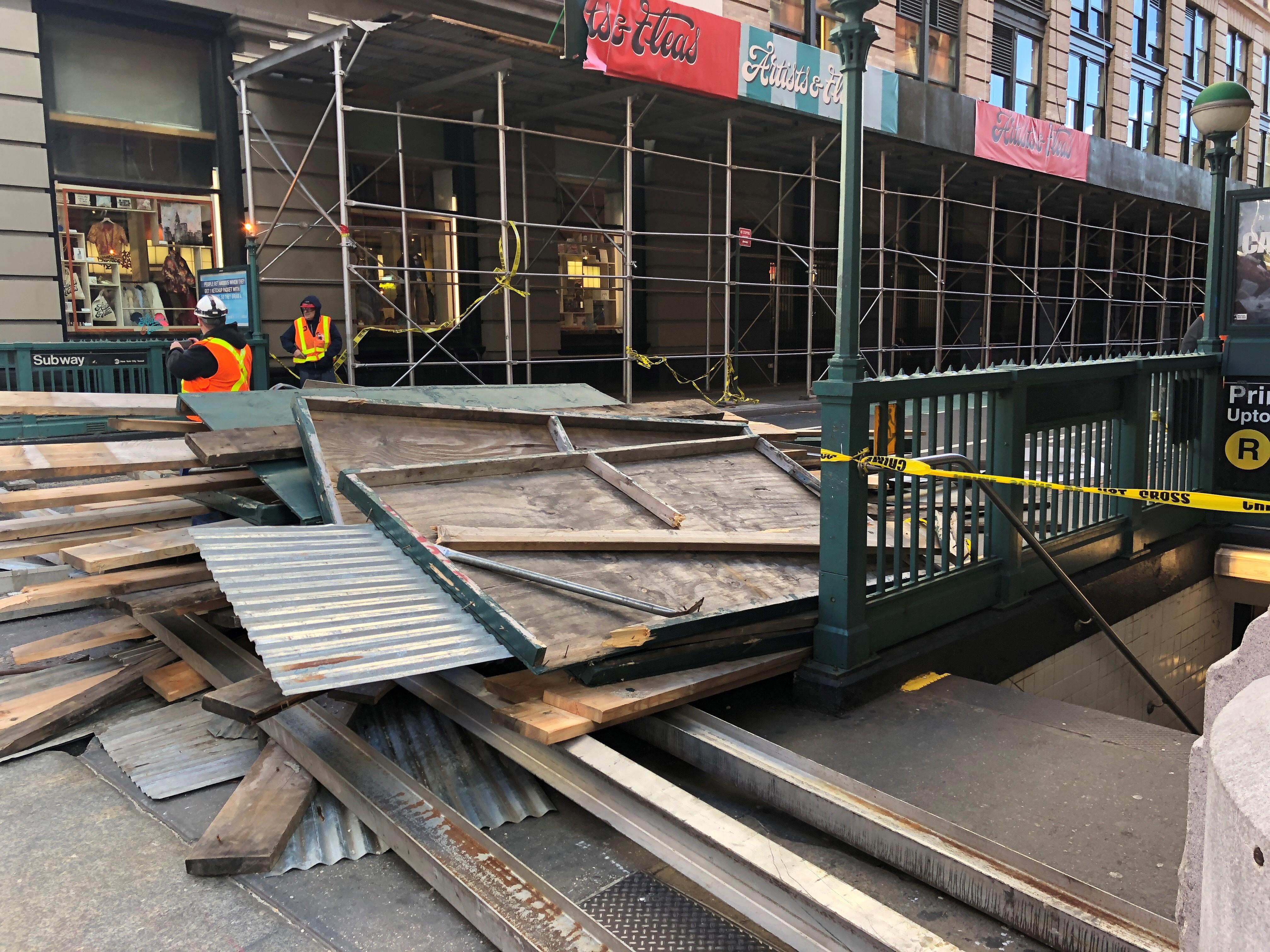 NEW YORK -- Several people were hurt after scaffolding came crashing down onto a street in Manhattan on Sunday, CBS New York reports.

Authorities say six people suffered minor injuries. One woman walking down the street was buried under falling debris and had to be rescued.

"Everybody ran from the store to try to remove the rubble before anybody arrived and they got a lot of it off even before the fire department came," one woman, who was inside a nearby market, told CBS New York.

Fire officials said the collapse likely happened due to high wind gusts. The National Weather Service in New York said a wind advisory is in effect in the city until 6 p.m.

"Scaffolding that is meant to protect residents should not be up long enough that it needs to be inspected over and over again year after year," City Councilman Ben Kallos, a Democrat representing the Upper East Side, said in a statement.

"We can do a better job at keeping New Yorkers safe, by making sure building repairs are done as soon as possible and scaffolding are up for no longer than they have to be."

Units with the city's police and fire department remained on the scene early Sunday afternoon as the investigation and cleanup continued.